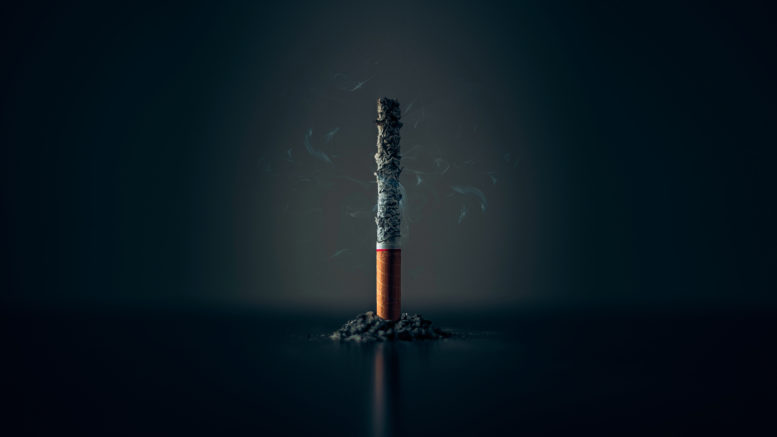 Smoking causes 50 per cent of deaths among Aboriginal and Torres Strait Islander adults aged 45 years and over, and 37 per cent of deaths at any age, according to a new study on the long term effects of smoking and the health of First Nations people.

The study, led by the Australian National University and recently published in the International Journal of Epidemiology, analysed data from 1,388 First Nations people over 10 years from 2006, to examine the link between tobacco use and risk of death.

Study lead, Dr Katie Thurber, said the results were shocking, with Aboriginal and Torres Strait Islanders who never smoked revealed to live on average 10 years longer than their smoking peers.

“Smoking is killing one in two older adults and we found smokers have four times the risk of early death compared to those who have never smoked,” Dr Thurber said.

“This is the first time we have had data specific to Aboriginal and Torres Strait Islander peoples and our findings show that we have underestimated the impact of smoking.

“It causes nearly double the deaths that we previously thought,” Dr Thurber said.

The findings have rocked health authorities, First Nations communities and indigenous organisations and interest groups, with many now calling for the government to increase funding for preventative and quit smoking programs around the country.

Yerin’s GAICD Business Manager, Paul Hussein, has coordinated smoking cessation programs for the centre in the past and would love to see the Federal and State Governments commit ongoing funding into the lifechanging programs.

“The biggest problem from a Central Coast response perspective is the State and Federal Government’s lack of ongoing investment in smoking cessation programs.

“Projects are funded for 1-2 years then stop.

“Yerin commenced smoking cessation clinics but funding stopped, and we had to let go of the staff.

“Our government is better at collecting data than action, which is a sad reality on a number of indicators,” Hussein said.

The study also found that while smoking prevalence was dropping amongst First Nations people, historical factors such as the paying of Aboriginal workers with tobacco during the colonial era, were continuing to contribute to the high number of Aboriginal and Torres Strait Islander adults who identify as smokers.

Hussein agrees with the findings, but said modern factors also needed to be looked at under the same lens.

“Ongoing grief and trauma from dispossession of land and separation from family are historical factors that contribute to the prevalence of smoking, but more recently social determinants, racism and isolation, health, literacy and education play their own part,” Hussein said.

With the grim findings in mind, study co-author and National Coordinator for the Tackling Indigenous Smoking program, Professor Tom Calma, is calling for the program to be expanded nationally.

“We need everyone to have access to appropriate programs and supports to reduce tobacco use.

“If smoking is a bigger problem than we thought, then funding should be increased to match the size of the problem,” Prof Calma said.