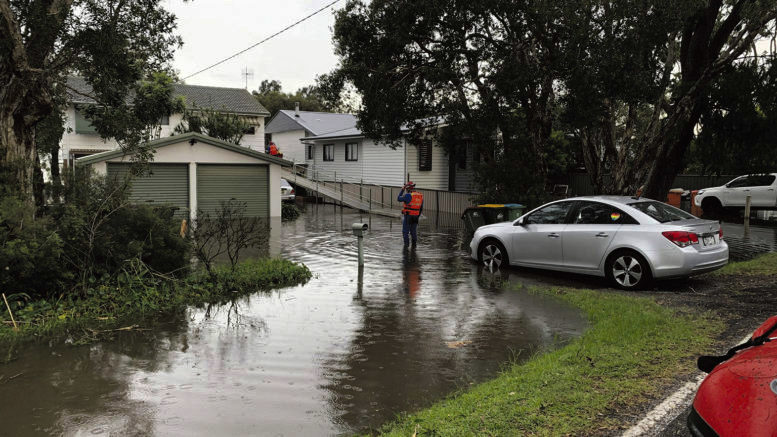 Gosford SES Unit is galvanising for potential widespread flooding during the coming storm season, along with volunteers across the entire Hawkesbury-Nepean Valley.

Gosford volunteers are getting prepared to stand alongside units from the Hawkesbury, Penrith, The Hills, Mt Druitt and Blacktown to support the more than 130,000 people who would be affected if major flooding were to occur.

“All units have their heads up when warnings come through from the Bureau of Meteorology (BOM),” Garda said.

“At Gosford we are actively doing boat course training in addition to our usual storm training.

“Members will push through to flood boat operator status once they are through the basic training.

“There has already been a lot of rain along the coast since the start of the year – even inland areas have a lot of water.

“We are preparing for any incidents of flash flooding, not only on the Coast – but wherever else our help might be needed.”

“It came on the heels of the fire season and a lot of houses went under,” he said.

NSW SES Metro Zone Commander, Greg Swindells, said a lot of wet weather had already been experienced, resulting in many cases of riverine and flash flooding across the state.

“The Hawkesbury-Nepean Valley is very wet, and with the potential for increased rainfall, there is a higher likelihood of flooding,” he said.

“We have more than 4,200 volunteers within metropolitan Sydney and the Blue Mountains, so we are well resourced to respond to emergencies not just within the Hawkesbury-Nepean Valley, but right across Greater Sydney as well,” he said.

“If a flood occurs, evacuation orders may be issued at short notice.

“That’s why it’s so important to know your flood risk, find out about key evacuation routes and prepare what you will take and where you will go.

“We need people to be informed and empowered now, instead of waiting for directions in the event of an emergency.”

The NSW SES website has a lot of useful and practical information including tips on how to keep updated about weather and flood warnings and crucial preparedness advice – such as how to find your key evacuation routes and creating a ‘get ready to go’ kit.