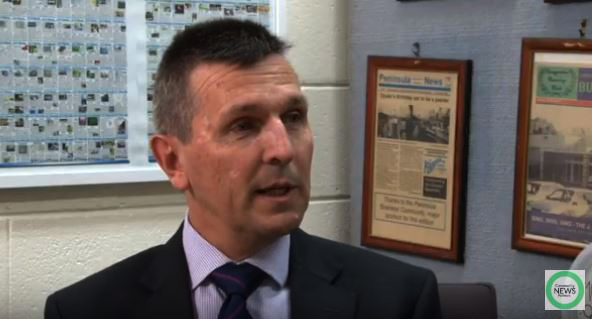 Former Central Coast Council CEO, Gary Murphy, has joined the chorus of people calling for a fuller inquiry into how the financial crisis occurred.

In his interview, Murphy set out a long list of questions any such inquiry should cover at a minimum.

1. Given that the stated purpose of the initial Administrator in 2016 was to “undertake the appropriate preparatory work and allocate sufficient resources to ensure the newly elected Council can meet its statutory planning and reporting responsibilities under the Integrated Planning and Reporting framework and successfully complete the transition process” – was this considered to be adequately done?

2. What was the true position of the amount of restricted and unrestricted funds of the former Gosford and former Wyong councils immediately prior to merger?

3. Why did the newly merged Central Coast Council not recognise that it only had $5M of unrestricted cash at the time of merger?

4. What were the delegations, controls and processes in place for the control, usage and reporting of restricted funds in the former councils prior to merger?

5. What were the delegations, controls and processes in place for the control, usage and reporting of restricted funds upon the formation of Central Coast Council?

7. What internal audits were conducted since May, 2016, into restricted funds?

8. Was the timeliness and quality of the financial reporting to the elected body since May 12, 2016, considered to be adequate and in line with industry standards?

9. Was the annual budget development and approval process since May 12, 2016, considered to be adequate and in line with industry standards?

10. What was the extent of the debate on the monthly and quarterly budget review statements reported to the elected body since May 12, 2016?

12. What degree of oversight and assurance did the Audit Risk and Improvement Committee provide to the elected body since May 12, 2016?

13. PWC was commissioned in 2019 to provide a review of the Council’s financial outlook. One of the conclusions of the report was that in the short to medium term (0-3 years) there was a “low risk” from a financial performance perspective. How and why did they reach that conclusion?

14. What impact did the amalgamation have on the ability of the Council to operate effectively and efficiently?

15. What impact did the political decision making of the elected body have on the financial performance of the Council?

16. What impact did the lack of continuity of executive leadership, especially at CEO and CFO level, have on the financial performance of the Council?

17. What impact did external factors such as natural disasters and the IPART determination on Council’s water and sewer fees and charges have on the financial performance of  Council?

18. What other factors could have contributed to this crisis?

19. How could this crisis have been avoided?

20. What steps should be put in place to prevent this happening again?

21. What are the lessons learnt that will be of benefit to the local government sector?

“It is accepted that an inquiry will be time-consuming and costly,” Murphy said.

“However I do believe that in the same way that the inquiry into the Glasshouse Project at Port Macquarie-Hastings Council provided some valuable lessons, learnings and recommendations in terms of project management and governance, such an inquiry into Central Coast Council will provide recommendations for improvement into financial management.

“Dismissing me and suspending the councillors are consequences of what has happened; they will not help in understanding what happened and preventing this from happening again in the future.

“I accept responsibility for my actions.

“This is not about me; this is about systems, processes, procedures, controls, checks and balances and oversight that failed.”