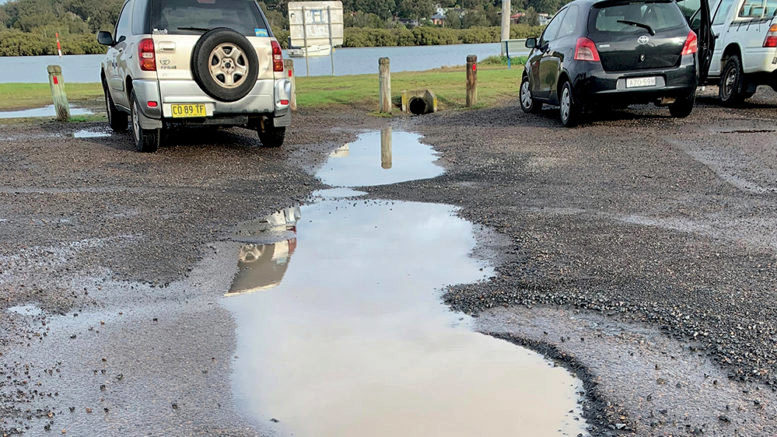 Davistown consistently floods every time there is significant rain

Davistown Progress Association is urging residents to attend a public meeting to be held later this month on a draft floodplain study for the area.

Central Coast Council has drafted a Floodplain Risk Management Study and Plan for the Davistown and Empire Bay catchments, with financial assistance from the NSW Government through its Floodplain Management Program.

The draft report is now on public exhibition for a period of six weeks to obtain community feedback before the Study and Plan are finalised and adopted by Council.

Davistown has experienced severe flooding issues for years, with a combination of heavy rains and an ailing sewerage system causing ongoing problems.

In February last year, flooding was so severe that service to more than 400 homes was affected, as stormwater runoff flooded the sewerage system and Portaloos had to be rushed in.

The incident sparked a formal request from the progress association for Council to undertake a major overhaul and audit of the sewerage system.

Heavy rains continued to cause major disruption throughout last year.

“The existing flood risks associated with tidal inundation are not significant in Davistown and Empire Bay, in comparison to the other mechanisms of flooding,” the Plan says.

“However, it is expected that in the future, as a result of sea level rise, a large proportion of the study area will be subjected to relatively frequent inundation from high tides.

“This will compromise the liveability of some portions of the suburbs through flooding of roads, services and private properties.

“It should be noted that the effects of climate change will potentially aggravate the impacts of all three types of flooding in Davistown and Empire Bay.

“As a result of sea level rise, it is expected that the magnitude and frequency of Brisbane Water flooding and tidal inundation will increase considerably.

The documents outline proposed strategies for mitigating these effects.

“It’s important that Davistown residents read the online Plan, view the exhibition or read the limited copies available in the library,” she said.

“Or even seek a one-on-one discussion with Council officers.

“This way, if they are able to attend the local meeting, they can ask questions based on having prior knowledge of the Plan.”

The community drop-in session will be held at Davistown Progress Association Hall on February 24 from 4pm-7pm, with staff available to answer any questions about the study and plan.

A session will also be held at Empire Bay Progress Association Hall from 2-5pm on Thursday, February 25.

Submissions are to be addressed to the Acting Chief Executive Officer and will be accepted until Friday, March 26.