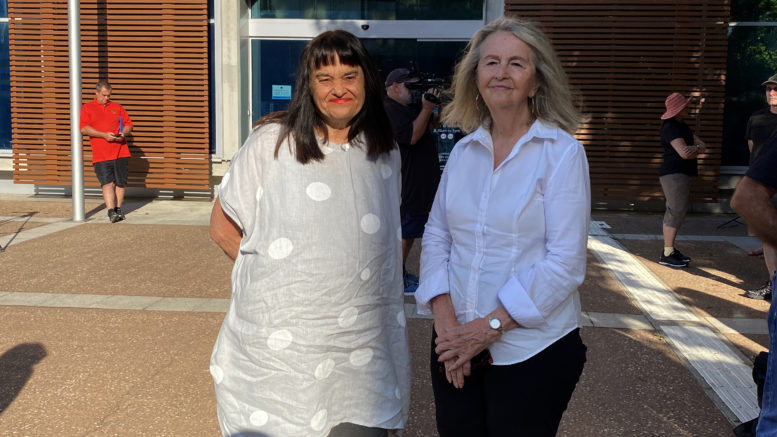 An e-petition calling for a Judicial Inquiry into Central Coast Council has three weeks to get 20,000 signatures to make sure the topic is debated in parliament.

Without 20,000 signatures, the petition will be tabled in State Parliament but not necessarily debated.

The two women behind the petition are long-time friends, Susan Greene and Marianne Hamilton, who met when they were mentoring kids at a school.

Greene, a retired lawyer and one-time ABC journalist, and Hamilton, a semi-retired teacher, were appalled at the state of affairs at Central Coast Council and to find the ongoing situation so serious.

In crafting their petition, they had to confine themselves to a 250-word limit as per the guidelines.

It starts by noting Council accumulated losses of more than $200M in four years, which included unlawful and unauthorised use of Restricted Funds.

The petition calls on the State Government to hold the Inquiry to find out how the financial crisis happened, who was responsible and what reforms are needed to the Local Government Act to protect the community in the future.

It asks what impact the amalgamation had, when the former Wyong and Gosford councils merged in 2016.

The petition requests the Minister for Local Government delay Council’s application to IPART for a Special Rate Variation of 10 percent or 15 percent and to delay sales of Council assets until residents can consider the findings of the Judicial Inquiry and its recommendations.

“A Judicial Inquiry is similar to a Royal Commission,” Greene said.

“We want to see the government appoint a judge to investigate what has happened and to make recommendations so it can’t happen in the future and the residents can have their faith restored in the Council.”

She said the judge would have the ability to subpoena people and records and to order search warrants if necessary.

A Judicial Inquiry would have wide powers but it would be up to the government to accept or reject its recommendations.

The two women, who are not members of any political party, met with Wyong MP, David Harris, before writing the petition and are to meet Terrigal MP, Adam Crouch, on February 19.

They are hoping to get bi-partisan support.

They urge everyone to sign the petition to get to the magic 20,000 signatures to see the issue debated in State Parliament.

“I believe it is an issue that affects residents across the state,” she said.

“After an inquiry is held and recommendations made and eventually changes could be made to the Local Government Act that will affect everyone in NSW,” she said.