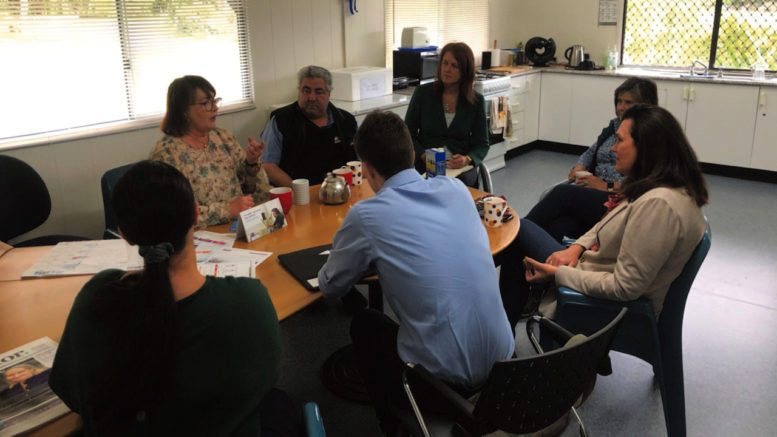 As connectivity problems in Mangrove Mountain continue, Senator Deborah O’Neill told the Senate that the Mountain community had been abandoned by the Federal Government, by the NBN rollout and by telecommunications providers.

“(This has) left the entire community without regular or reliable connectivity for their computers or mobile phones,” she said.

“Residents have told me that, despite being a mere 76km from Sydney’s CBD, the telecommunications infrastructure at Mangrove Mountain has gone backwards in the past 20 years.

“This lack of infrastructure affects the education, health care and social lives of Mountain residents.

“It breaks my heart when I hear great local business leaders who are trying to grow; who are employing people; who have jobs on their books that cannot be filled because they cannot function properly as businesses because of this Government’s failure to provide them with basic infrastructure.”

O’Neill accused the Liberal Party of “gutting” the NBN and that the “terrible copper nightmare” had seen Australia slip (from 20th) to 68th position on a ranking of internet speeds of 177 countries.

But Member for Robertson, Lucy Wicks, said the Federal Government had a strong record on delivering connectivity in rural and regional areas, including in Mangrove Mountain.

“I have been working with residents from Mangrove Mountain that have had difficulties with their NBN connection,” Wicks said.

“I have been advised by NBN Co that a combination of Fixed Wireless and satellite technologies are available to connect homes and businesses to the NBN network in Mangrove Mountain.

“These technologies were chosen for this area based on several factors including geographical location, existing infrastructure, population density, and the cost and time to build.

“NBN Co has also advised that the Mangrove Mountain South fixed wireless tower is performing very well, with an average throughput over the past month of more than 50 Mbps on all nine cells.

This included a Mobile Base Station on the corner of Wisemans Ferry Rd and Maroney Rd, officially switched on in October 2018.

She urged residents with connectivity concerns to contact her office.

Despite Wicks’s assurances, Mountain Districts Association treasurer George Azoury said many residents were still experiencing connectivity difficulties and the group had been actively working for a better service for 12 months.

“Many have been suffering from this issue for a long while,” he said.

“We have been in talks with Senator O’Neill and are all trying to find solutions.”

Residents have previously complained about the location of the area’s only tower, with its position on the downward side of a hill surrounded by trees impacting connectivity.

Australia’s top telco company is based at Erina

Why cart waste up the mountain?