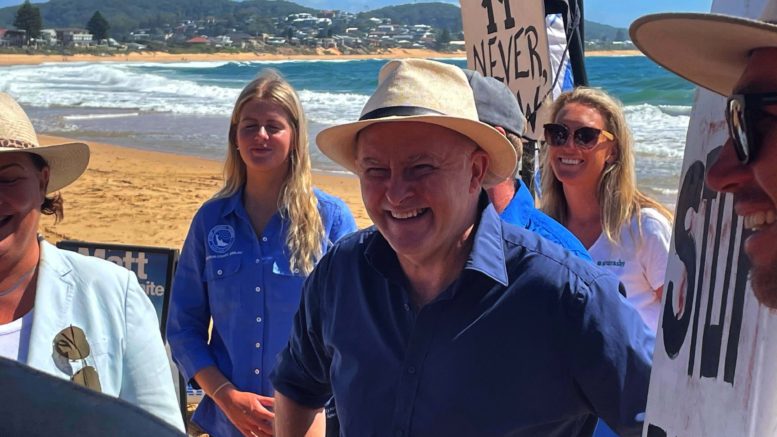 Thousands of Central Coast residents are anxiously awaiting a decision on the renewal of the PEP 11 permit for oil and gas drilling 5km off the coastline.

The permit came up for renewal on February 12, with a decision expected soon by the Joint Authority on whether to renew the licence or cancel it.

The final decision on the permit’s fate will be made by the Deputy Premier John Barilaro and Federal Resources Minister, Keith Pitt, both of the National Party.

Barilaro announced on February 17 that he had written to Pitt, the Federal Member for Hinkler in Queensland, recommending that PEP-11 not be renewed.

“Mr Pitt formally wrote to me last week seeking my recommendation, and I want to acknowledge the representations made to me by my parliamentary colleagues,” he said.

“I have listened to their views, and those of the people they represent – it confirms my own position to recommend that PEP-11 is not renewed.”

Pitt will now make his decision after receiving Barilaro’s recommendation and considering “all relevant information”, including advice from the National Offshore Titles Administrator (NOPTA).

The decision looms against a backdrop of discord within the National Party over fossil fuels.

Two weeks ago, senior Nationals rebuked the former resources minister, Matt Canavan, and colleague Barnaby Joyce after they had threatened to cross the floor if the Morrison Government moved ahead with its “net zero by 2050” carbon policy.

Meanwhile, Member for Robertson, Lucy Wicks, has reaffirmed her opposition to renewal of the permit, which is set to continue under the provisions of the Offshore Petroleum and Greenhouse Gas Storage Act 2006 until a decision is made.

After refusing to take a formal stance on the issue for months, Wicks announced on February 5 that she would not support renewal of the permit.

The Federal Labor Party has also made its opposition to renewal of the lease well know, with Opposition Leader Anthony Albanese visiting Terrigal on February 5 to reaffirm the party’s position.

But with the licence holders of the PEP 11 permit already making plans for exploration, unease is widespread.

When asked why $9M had been raised by the company even though the decision to extend the licence is still pending, BPH energy CEO, David Breeze, said he was “certainly committed to continue with the project”.

Surfrider Foundation Australia said it “holds grave concerns” that the permit will be renewed.

“The joint venture companies currently holding the exploration permit continue to move forward with their plans to drill off the coast, despite the PEP11 permit lapsing (on February 12),” Surfrider Foundation Chair, Sean Doherty, said.

“What do these gas companies know that the community doesn’t?”

Doherty said the NSW State Government and every Federal MP with an electorate adjacent to PEP11 have formally opposed the development of offshore oil and gas rigs.

“No fossil fuel development in Australia has been so broadly opposed by all sides of politics,” he said.

Petroleum Exploration Permit 11 extends between Newcastle in the north and Manly in the south and covers 4,500 square kilometres.

Save our Coast (SOC) has been leading the campaign for a number of years to stop seismic testing and drilling off the most populated coastline in NSW, which is also a major whale migratory route.

“Tens of thousands of people from the Central Coast and beyond have joined actions, signed petitions and contacted their local MPs,” SOC representative Tim Heffernan said on February 5.

“We are opposed to the project because the risk to our precious marine environment, tourism sector and coastal lifestyle far outweighs any benefits, especially in a time when the entire world is moving away from fossil fuels and transitioning toward renewables.”

“We do not want gas drilling in our backyard,” said spokesperson Belinda Baggs.

“Locals have drawn a line in the sand, and we hope that the state and federal decision makers are listening.”

Member for Terrigal, Adam Crouch has opposed PEP11 since 2017 and welcomed the NSW Government’s formal opposition.

“I want to thank the Deputy Premier for listening to our community’s strong opposition and acting accordingly,” he said.

“I’m calling for the Federal Government to stop PEP11 and stop putting our beaches and marine life at risk.”