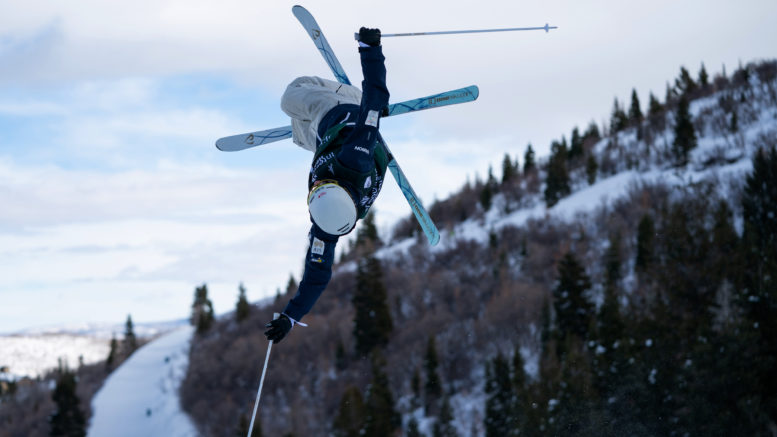 On Friday, February 5, Graham earned his second medal of the season with a third place finish in the Men’s Moguls with a super final jump that was the highest degree of difficulty of his World Cup career.

Ahead of him on this day was Frenchman, Benjamin Cavet in second place with a score of 86.2 and 2018 Olympic gold medallist, Mikael Kingsbury of Canada on 88.10 points.

The very next day, Graham competed in the Men’s Dual Moguls, going in to the event positioned at fourth in the overall standings, with fellow Aussie, Brodie Summers, behind him in fifth.

This time, Graham outdid his previous day’s performance in the snowy conditions, placing second behind Mikael Kingsbury, with Summers finishing at eighth for the second day in a row.

On the overall score tally, Graham has now moved into first place, the first time an Australian has taken out this position, along with the yellow leader bib, since the world renowned, Dale Begg-Smith did so in 2010.

“It feels great to get the silver here in Deer Valley after yesterday’s bronze”, Graham said after collecting his third medal of the season and the 18th major medal of his career (3 gold, 7 silver, 8 bronze).

“It was a tough day today, I think all the boys where a bit sore after yesterday’s event, so we really had to dig deep.

“It’s a great feeling to go into the last World Cup event of the season wearing the yellow leaders bib.”

Now, with one World Cup competition left in the schedule, a dual mogul event in Kazakstan on March 14, Graham will enter it with an 18 point lead at 289 points.

Behind him is Cavet on 271 points, Ludavig Fjallstrom of Sweden with 258 points and Ikuma Horishima of Japan on 246 points.

Summers is not far behind either, maintaining his sitting in fifth place with 210 points.