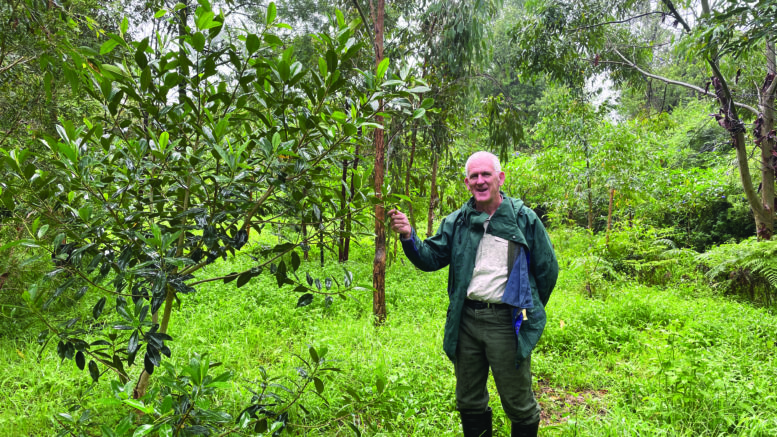 Narara resident, Alfred John Britton, has received a Medal of an Order of Australia (OAM) for his service to conservation and the environment.

He has been recognised for co-founding the Friends of Strickland State Forest group, his multiple animal care volunteer roles, his contribution to research assignments, his time as an ecology supervisor, and his continual involvement with conservation community groups.

Yet, despite his great achievements, Britton was humble when congratulated on the award.

“I am not really sure why I got the award,” he said.

“We have had overseas students helping out and the amount of work that has been done there, it has really been a joint effort by the community.”

Britton said his interest in wildlife conservation and environmental protection all started when he used to be fascinated with birds’ eggs as a child.

“We grew up in behind the shopping centre at Gorokan, and there was a little swamp … it was full of birds, bandicoots, possums, black ducks nesting gin the trees, so we spent a lot of time down there in the swamp,” he said.

Over his 47-year career with the NSW Forestry Corporation, Britton worked in harvesting supervision, timber standard improvement treatment, firefighting, and his dream job of ecology.

“If any research projects came up, they asked for volunteers who lived locally to be involved, and I was silly enough to put my hand up,” he said.

“I did five years of research on bellbirds which died back in Dooralong with Dr Christine Stone.”

One of his most notable contributions was co-founding the Friends of Strickland State Forest group with Geoff Curtis in 1998.

The group helps to protect the habitat and vegetation in the forest.

“My kids and I did a bit of work up in Strickland on the walking trails prior to the group being formed,” he said.

“There was a lot of Lantana and privet infestation that came up from the old research station so with the Friends of Strickland State Forest Group we did a lot of removal of noxious weeds, and that group has now been going on for around 22 years.

“There was a fair bit of research I was involved in as well.

“They were going to do research on how logging affected the Eastern Pygmy Possums down in Eden, run by Dr Brad Law.

“But I said to him why would you go down there when there were heaps of them up on Strickland State Forest, so he did his research there.

“It took five years, two years prior to logging, and then another two years after logging, and (they) found out that logging didn’t really affect them all that much, which is a good outcome.

“I have been involved in the translocation of the Pygmy Possum from Strickland State Forest down to North Head [Manly] where they are trying to introduce small mammals.”

Britton still volunteers with the Friends of Strickland State Forest, is an active member of the Narara Creek Catchment Bush Care Group and a volunteer guide for Coastal Open Spaces Space System.

Environment should not be forgotten in push for more housing