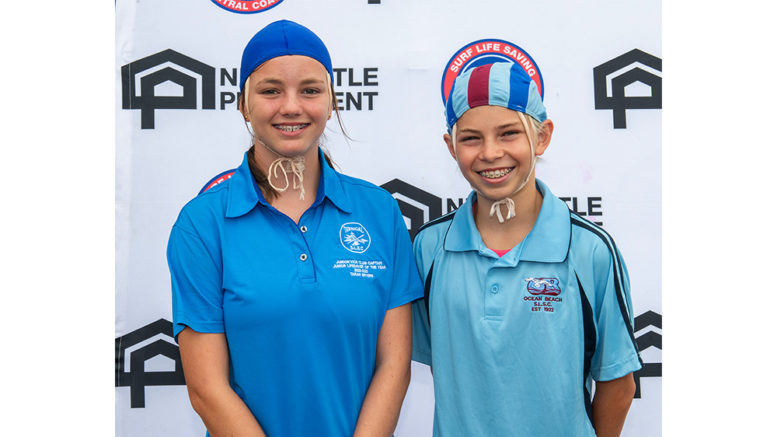 A busy weekend for Surf Life Saving Central Coast ended with by achievements by a number of young nippers across two major junior events.

The award was contested between 19 nominees, each representing their own surf club in the under 14’s age group, with a male and female winner being announced at the Junior Branch Carnival that took place over the weekend of 30-31 January.

Both of whom received their awards after undertaking an interview and set of lifesaving tests as part of their application process.

“It is incredible the community spirit shown in all of the nominees,” said Surf Life Saving Central Coast Director of Youth, Amy Fletcher.

“Whilst we only award two members with this prestigious award, it is clear the amazing job our clubs do in developing these young lifesavers to become great Australians.

“The standard of the nominees was extremely high this year.

“The future of the organisation is in safe hands if the quality of the Junior Lifesavers of the Year nominees is anything to go by.”

Tarah and Johnathan will now go onto represent Surf Life Saving Central Coast at the NSW Junior Lifesaver of the Year camp being held in Narrabeen in April.