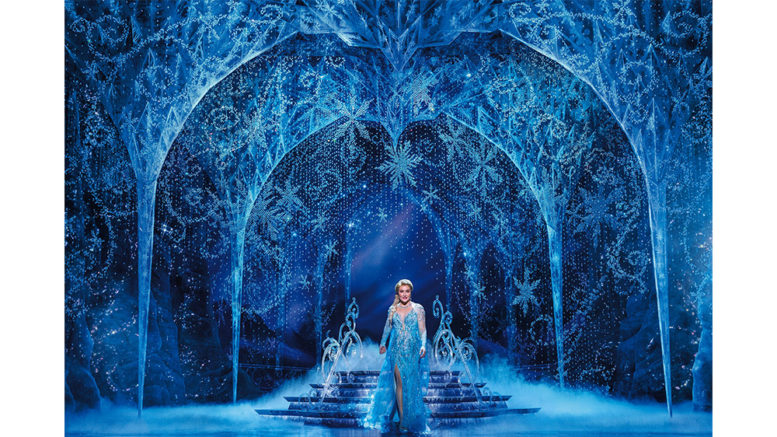 Coastie, Jemma Rix, stars as Elsa in the hit Broadway musical production, Frozen, which is appearing in the Capitol Theatre until May 23.

Frozen is considered to be one of the most technically advanced productions ever mounted in Australia with a total cast of 38, an incredible 440 costumes, and 65 tonnes of scenery and automation.

Rix originally started in theatre when she was 21 and has since been in many shows, including the hit show Wicked.

She said her first professional theatre job was with Universal Studios in Japan.

“Talent and luck must coincide for success,” Rix said.

“I was fortunate to be doing a rock ‘n’ roll show in Japan, and they were building this theme park, Island of Oz.

“They asked me to audition for Wicked because they heard my voice and thought (it) would really match Elphaba’s style, so I did that for the rest of my contract.

“Then what ended up happening was when I move back to Australia, they were doing the actual auditions for Wicked.”

Rix said got a role in the production because she was experienced in singing the song Defying Gravity.

“They trusted that I could do it, which was when I landed my first proper gig in Australia in musical theatre for the standby of Elphaba, so that was huge.

“That was kind of how I got into the world of musical theatre.

“Then I earned my way by doing lots of Wicked shows; I did 1200 Elphaba shows, I got to travel around the world doing it, which is pretty amazing.”

Frozen opened on December 1 and will run until May 23.

All costumes are handmade in Sydney by a 70-person team engaged in bringing the opulent setting of Arendelle to life.

Elsa’s ice dress alone took one person 60 days to sew on 14,000 beads and crystals, and three months to make the dress from start to finish.

The custom embroidery on Anna’s gown in the coronation scene takes over 100 hours to create and is done entirely by hand.

Rix said one of her biggest theatrical influences had been Idina Menzel, who sang Let it Go in the movie Frozen.

“I’ve kind of followed her path again in that sense,” Rix said.

“I still get incredibly nervous.

“I never thought in my wildest dreams that this is where I would be.”