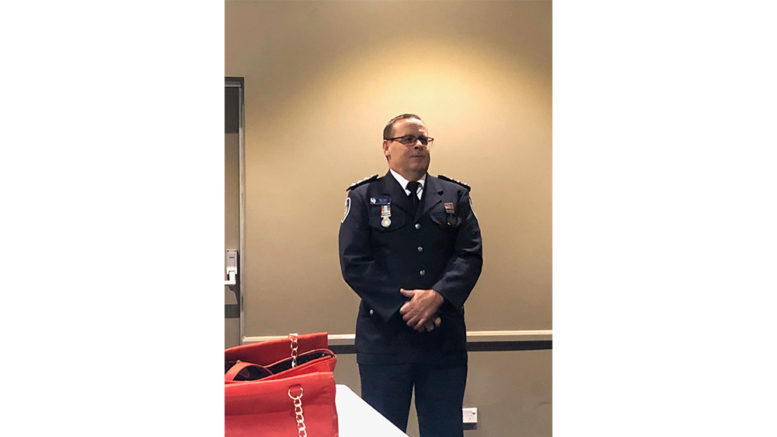 He was also elected to the position of Group Captain in 1993 – a position he still holds today.

Howe said receiving the medal was a huge honour and a complete surprise.

“It’s an honour to receive an award like that to recognise my years of service … and for my fellow firies to nominate me, it’s lovely to know there are people out there who have respect for the work,” Howe said.

“To look after the community and to be a part of a great voluntary service and one that’s recognised around the world is a real honour.

“I’m happy with what I have achieved as a volunteer.”

Howe has assisted in numerous major bushfires through his career, mostly in an operational command role, including during last summer’s bushfire season.

He led the forward operational response for the Three Mile fire to protect the communities of Kulnura, Mangrove Mountain and Spencer, commanding the field operations for 11 of the first 14 days – the most critical time of the fire safety response.

Howe said it was a very tough time on the job.

“It was the most challenging season I’ve ever had,” he said.

“Spending those days in command was a real challenge – the responsibility to make sure the firies got home to their families, and to make sure they were doing the best job they could.”

As a member of the District Senior Management Team for 27 years, Howe has continued to assist in the direction of local government amalgamations, and the annual district program of training and hazard reduction burns.

Howe also has taken a number of strike teams on out-of-area deployments for fires, floods and storms across the state.