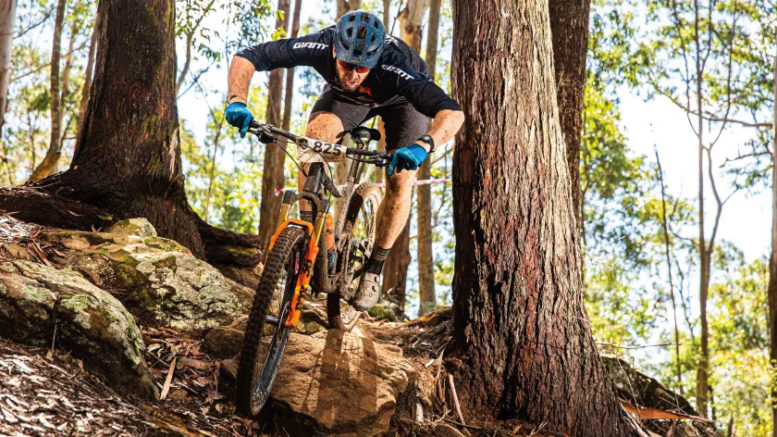 A fresh call for government support could soon get the wheels turning on further upgrades to the trail network at Ourimbah Mountain Bike Park.

The push comes courtesy of Parliamentary Secretary for the Central Coast, Adam Crouch, who has written to Deputy Premier, John Barilaro, to ask the government to outline what funding and additional supports are available for the expansion of the trail network within the Ourimbah State Forest.

An established supporter of the local mountain biking community, Crouch has also called on the Deputy Premier to clarify how the government could support the development of additional trail networks in other locations around the Coast.

The correspondence follows a recent visit to the Ourimbah Mountain Bike Park by Crouch earlier this month, where he connected with representatives of the park’s two land partners, Forestry Corporation NSW and the Central Coast Mountain Bike Club (CCMTB).

In his correspondence, which has since been shared with the public via the CCMTB, Crouch told the Deputy Premier that the Ourimbah Mountain Bike Park was the only facility of its kind on the Central Coast and that it was his belief that the government should assist with its betterment.

“It is absolutely necessary that resources be dedicated by the NSW Government towards the provision of further mountain biking trails in Ourimbah State Forest and in other locations across the Central Coast,” Crouch’s email reads.

The call has excited the local mountain biking community and renewed hope that the Coast will catch up to other regions in NSW in terms of integrated mountain biking.

“Adam’s support has been fantastic, as has the support of all other local MPs here on the Coast.

“Support for mountain biking has been very bipartisan and it was great to have Adam come up to the park, along with Forestry’s Mike Hill, to see its potential firsthand,” said CCMTB Secretary, Leif Arnebark.

Believing the park could one day grow to become a national race destination, Arnebark said any government support would need to align with the CCMTB’s master plan for the site, which he said was in the process of being drafted.

“The process of formulating our master plan is well and truly underway, but the vision is for a facility with trails and amenities that cater to all ability levels and types of riding.

“From young kids just starting out, to elite competition trails, we really want to see the park built up to this level, not just to improve the region’s mountain biking offering, but to satisfy the enormous local demand.

“The plan will need to be signed off by Forestry, but once we get that approval, we’ll be looking for specific grants to help bring that vision to life,” Arnebark said.

Likewise, the acknowledgement of the need for more diverse mountain biking locations on the Coast has also excited local riders, who want to see more dedicated trails around the southern end of the region.

“For a long time, the mountain biking community has been eager to see something akin to the Ourimbah Mountain Bike Park down south, but more generally what riders really want is a dispersed trail network.

“This model focuses more on the Coast as a destination and utilises low impact single track trails within our national parks, forests and reserves.

“The idea is that these trails are interconnected with entry and exit points located around existing tourism hubs on the Coast, so there’s no need for associated infrastructure.

“Essentially these trails should run from one network to the other and connect north to south.

“Something like a network of low impact trails connecting Bouddi to Ourimbah would be ideal,” Arnebark said.