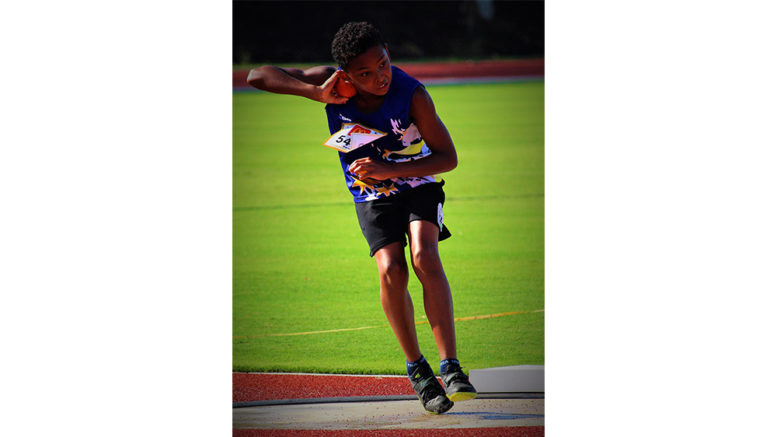 A squad of Gosford Little Athletics Club’s young track and field stars travelled up to Maitland Regional Athletics Centre for the Region 2 State Qualifying Athletics Meet on 6-7 February, with many of the young athletes now qualifying for the LANSW Littles State Championship.

Of the 26 Gosford athletes who competed for a place, 10 have already qualified in a number of different track and field events by finishing in the first two places.

Another five athletes finished third or fourth in their events and are awaiting the results of the other seven region’s Meets to see if they are part of the next best eight athletes.

Most impressive on the weekend was Zieke Bugden in the Under 11 boys Discus, breaking the Region 2 record with a throw of 34.75m.

Zieke also won the Shot Put with 12.41m and came second in the Javelin throwing 19.66m, meaning he will enter the State Championship in three field events.

There were many more great accomplishments by Gosford athletes, especially in the throwing events, where the Club collected three gold, four silver and four bronze medals.

Kingston Alabi won long jump with 4.12m and placed second in the 60m hurdles in the Under 10 boys.

In the Under 10 girls, Zahli Fisher threw the second furthest shot put with 7m and the third furthest discus with 17.81m.

Madelyn Ruane competed in the Under 11 girls, where she came second in the Javelin with 14.22m, second in Shot Put with 7.29m and third in Discus with 19.35m.

Taylah Sankey came second in the 80m hurdles with 14.73 and third in javelin with 14.12m, whereas Nikkita Mudrazija placed third in high jump with 1.30m.

Gosford Little Athletics Club President, Stu Farrant, was proud of the young club members’ achievements and is now looking forward to the preparations for the State Championship.

“It was a very good result for Gosford Little Athletics with most of our kids getting through,” he said.

“We have a good training program with throws, jumps and running coaches, and some kids with one-on-one coaches.

“All the kids who got through have a training squad they’re involved with and that will continue to go on over the six weeks before State.”

The State Championship will be held at Sydney Olympic Park Athletic Centre on 20-21 March.