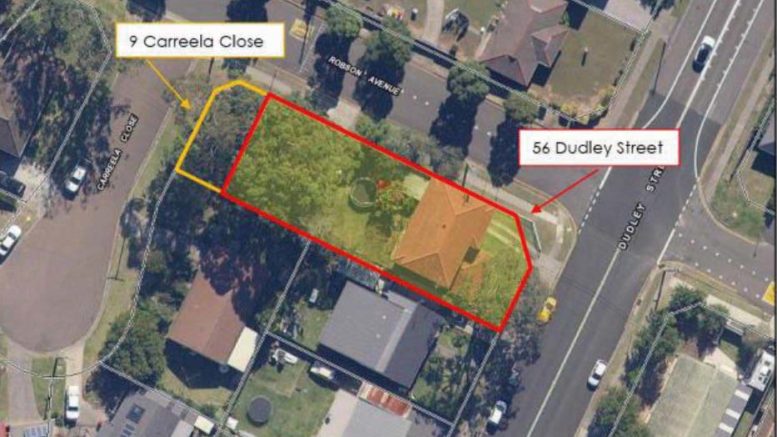 Central Coast Council is assessing a modification to a previous development consent to build a second dwelling at 56 Dudley St, Gorokan.

Consent was given in August 2020 for a boundary adjustment between 56 Dudley St and 2 Carreela Cl, then a subdivision of the Dudley St property into two lots and construction of a second house on the property. (DA 538/2020)

After the boundary adjustment, 56 Dudley St will be subdivided into two Torrens title lots of 442sqm and 361sqm.

In January, Council received a modification application to reduce the size of the new dwelling so construction works would not impact on the sewer main that passes through the site.

A Statement of Environmental Effects (SEE) said there were no changes in design, height, appearance, but by reducing its size by 1.46sqm there would be a benefit of increased outdoor space as well as the distance between the existing and the new residence.

Thirty-one trees will need to be removed to make way for the development, many of which are introduced species.

The extent of tree removal was considered reasonable by an arborist and Council’s ecologist on the basis that there are no endangered ecological communities on-site and no linkages to other vegetation corridors.