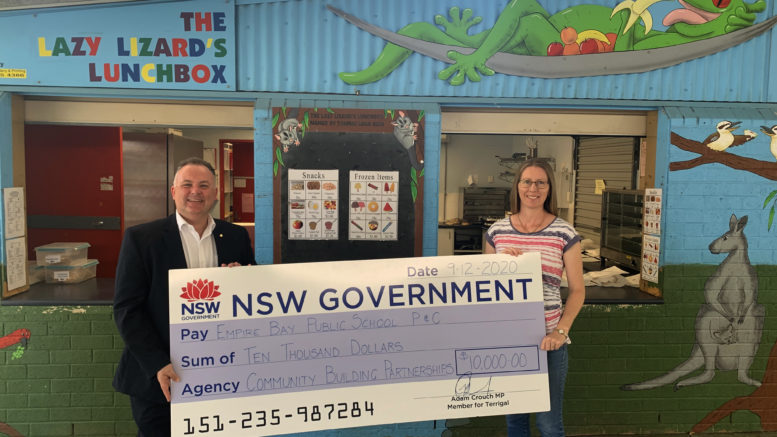 Empire Bay Public School P&C has just received a $10,000 grant from the State Government to upgrade its facilities.

The money is part of the Government’s Community Building Partnership program.

Parliamentary Secretary for the Central Coast, Adam Crouch, said $136,350 would be shared by 10 local organisations, including sport clubs and not-for-profit groups.

“The Empire Bay Public School P&C Association will install cabinetry, counter-tops and an oven with a cook-top, thanks to $10,000 in funding,” Crouch said.

Crouch said applications for the 2021 round of Community Building Partnership program would open soon.

“I congratulate each of these 10 organisations for their success in receiving funding from the NSW Government, and I look forward to seeing how each project benefits our wider community,” he said.

Jacinta-Rose Burley has her eyes on Broadway

Memorial facelift paid for by state and federal grants