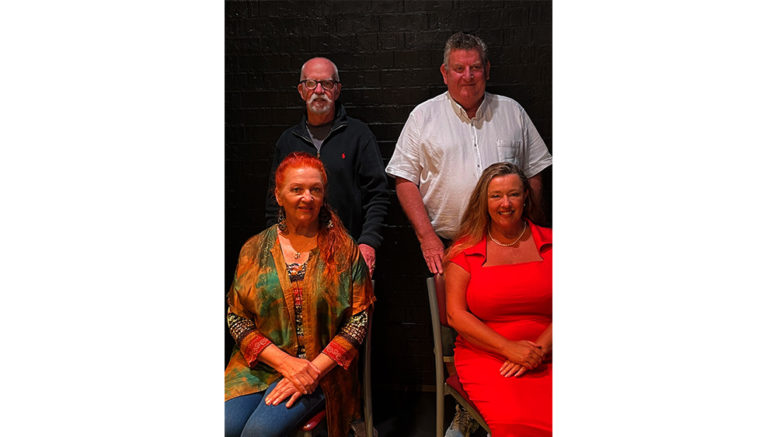 The lights are finally back on at the Peninsula Theatre as Woy Woy Little Theatre (WWLT) gets set to open its first play since COVID-19 restrictions came into force last March.

Love Letters by A J Gurney will open on February 19 for a three-week season.

The sweet, poignant and funny play spans 50 years of friendship as childhood sweethearts progress through a fraught teenage hood and the highs and lows of adult life.

Director Jan Grounds said audiences will experience a roll a-coaster of emotions during the play, which was recommended for a Pulitzer price.

“Love Letters was written in the 1980s; the play starts in the 1930s and weaves through the next 50 years of the couple’s lives, capturing their friendship, dreams and wishes but also missed opportunities and disappointments,” Grounds said.

“Gurney has captured the way society was back in post war America; it is interesting as world events can have an impact on the life choices of the individual.

“In many ways Love Letters is a gentle return to theatre as we share the intertwining of this relationship through the intimacy of letters hand-written by the couple and mailed to each other.”

“This will not only give audiences an opportunity to see a different approach and interpretation but to appreciate the incredible talent which we enjoy here on the Central Coast,” she said.

“Members were keen to stay connected in some ‘theatrical’ way, so Zoom play readings were set up,” Vale said.

“This gave members and friends an opportunity to perform short plays through a virtual environment.

“It was pretty hit-and-miss to start with, but people got very inventive.

“It was amazing what clever ideas, costumes and props participants came up with, while limited to a small screen, and being in separate places.

“The Zoom play readings continued for six months and involved over 60 people aged 20-95.

“It was a wonderful way to ‘see’ each other, enjoy live performances and most of all, have a good laugh together.”

Vale said the return to the stage had taken careful planning to ensure COVID-safe performances and the group had been working very cooperatively with Central Coast Council, which owns the theatre.

“Our first play was selected because it is what is called a ‘two-hander’; that is there are only two people in the cast, so it’s a COVID-safe toe in the water for WWLT,” Vale said.

“It has been performed by many famous actors over the years, including recently by Sally Field and Brian Cranston as a COVID-safe virtual production.”

Love Letters will open on Friday, February 19, for 10 performances over three weekends.

Bookings are essential and now open on the Woy Woy Little Theatre website.

“Two other plays that were postponed from last year will be performed later this year,” Vale said.

“These are Ladies in Lavender and Ben-Hur (with chariots!).

“This exciting community-arts project is being spear-headed by Brenda Logan and will culminate in performances at the Peninsula Theatre in September.”