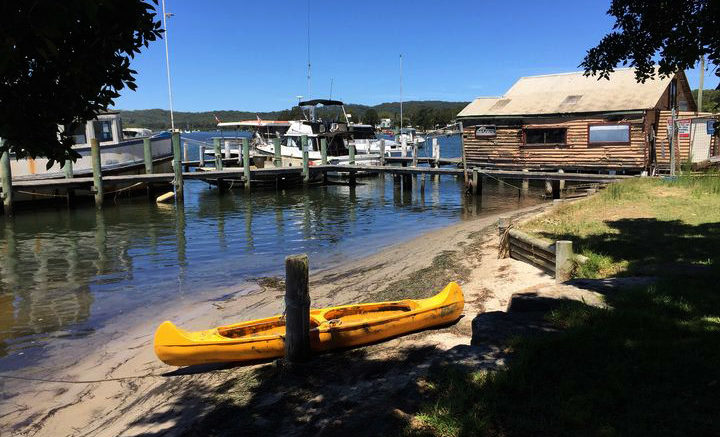 With a decision still pending on whether or not the Empire Bay boatshed will be demolished, an assessment is to be conducted to examine the site’s contamination levels and to help inform future actions.

Parliamentary Secretary for the Central Coast, Adam Crouch said the detailed assessment was commissioned by the Department of Planning, Industry and Environment – Crown Lands.

“The NSW Government was forced to revoke the Empire Bay Marina licence in September 2020, due to ongoing safety and environmental concerns, and a failure by the licence holder to rectify issues despite repeated requests,” Crouch said.

“Crown Lands is issuing a factsheet to keep local residents informed every step of the way on what has occurred to date, and what is planned for the future.”

Minister for Water Property and Housing, Melinda Pavey, said the detailed assessment would determine the type, extent and level of contamination on the site and advise on requirements for site remediation.

“This contamination assessment, together with building assessments, will help inform next steps,” Pavey said.

“The marina structures and building are in poor condition and unsafe and have been fenced off to the public.

“Residents are advised not to enter the site.”

Crown Lands has instructed boat owners to remove their vessels from the marina prior to the contamination assessment getting underway.

“Central Coast Ferries has committed to moving their vessel to an alternative mooring location,” Pavey said.

“There will be no disruption to the regular ferry service.

“If boat owners fail to vacate the marina the Department will be required to take compliance action which would involve fines of up to $1,100 for individuals and $2,200 for corporations and the impounding of vessels.”

Crown Lands will maintain responsibility for the control and management of the marina site until a decision is made about its future.

Central Coast Ferries Senior Master, Daniel Rond, said the service had been given seven days to remove the ferry moored at the site.

“We will not be at the marina by the end of next week,” Rond said.

“We have to work out where we can moor our regular vessel and organise access for our skippers.

“It’s a fluid situation but we are working with Crown Lands, Waterways and Adam Crouch on an alternate mooring site.

“We need to find a location around the Empire Bay/Davistown area, but services will run as normal from the public wharf in Kendall Rd.”

A spokesperson for Crown Lands said a requirement of the former licence was to ensure the site was properly maintained.

“The Department repeatedly attempted to have the former licence holder remedy breaches, but either no or insufficient action occurred, and the licence holder failed to implement an agreed action plan,” the spokesperson said.

“The licence was revoked due to significant and ongoing breaches and the licence holder’s failure to rectify issues.”

The Save our Heritage listed Boat Shed Facebook group is continuing its campaign to have the 100-year old boatshed restored to preserve a slice of maritime history.

A petition organised by the group has so far attracted 660 signatures.