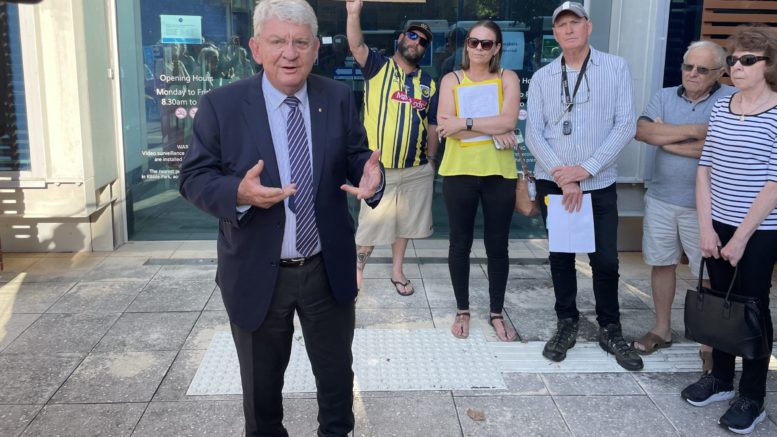 Central Coast Council decided at its February 8 meeting to formally apply to the Independent Pricing and Regulatory Tribunal (IPART) for a 15 percent rate rise.

The increase, which includes an annual two percent rate peg, will be applied once and remain permanently in the rate base from the 2021-22 financial year, if it’s approved by IPART.

The decision follows extensive community consultation, with well over 10,000 responses to an online survey and direct submissions received by Council.

Administrator, Dick Persson, said he understood community concern and even anger about a rate rise but it was needed to repay Restricted Funds that had been spent on projects the community benefitted from.

“It is by no means an easy decision at all, none of this is easy,” he said.

“I have been upfront about Council’s financial situation, the reasons why and how we will turn it around and make sure it never happens again.

“We have done everything we can to find savings.

“There is no more juice in the lemon to squeeze here.

“This is the last resort.

“We are legally obligated to repay the Restricted Funds, which were not spent with the necessary authorisations.

“With a 15 percent rate rise, Council will be able to repay $100M within 10 years by delivering modest budget surpluses.

“Ten percent means we won’t be able to repay the restricted reserves and would be back in deficit by 2026-27 and that will mean there will be further service cuts and job losses.

“That is not something I want to see in this community.”

Persson said there was also a very real risk that should Council not obtain a 15 percent rate increase it might impact the status of Council’s bank loans with a potential early call on those loans.

“While the community consultation clearly showed the majority of respondents were against a rate rise, when presented with the three options, a 15 percent rise was more preferable than 10 percent,” he said.

The 15 percent includes a one-off 13 percent Special Variation and the annual rate peg of two percent.

If approved by IPART it would mean the 13 percent would be applied from July 1, 2021, and then remain permanently in the rate base.

It is not a 13 percent increase every financial year.

In 2022-23 rates would go up again only by the rate peg approved by IPART.

Persson said he understood the timing of the proposed rise came at a difficult time for the community.

“We have a long list of actions to help this Council recover, and this rate rise is only one part of the solution,” he said.

“I understand that it has been a difficult year and that many in the community will find any rate rise difficult, however, we have crunched the numbers and even with a rate rise of 15 percent it is very likely a lot of the former Wyong ratepayers will pay less than they do now, when harmonisation is taken into account.

“Regardless, we are here to help.

“Rebates and payment plans will be possible and we have updated our Debt Recovery and Hardship Policy and that is now on public exhibition.

“I want to continue the conversation with the community,” Persson said.

“Please continue to provide feedback directly to Council and to IPART, which is doing its own consultation.”

Council is receiving submissions up until Friday, February 26, and IPART submissions close on Monday, March 1.

Council will now formally submit an application to IPART for a 15 percent Special Variation inclusive of the two percent rate peg.

IPART is expected to make decisions on all Special Variation applications from NSW councils, in May.

Council’s revised draft Debt Recovery and Hardship Policy as well as the Long-term Financial Plan is on public exhibition until Wednesday, March 10.

Council needs to apologise and an investigation held