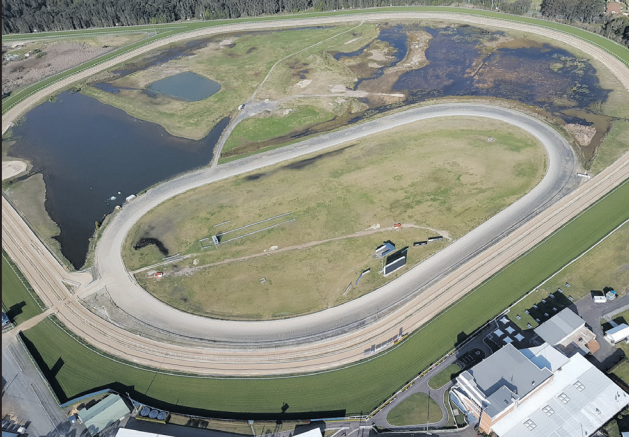 The Wyong Race Club’s mischievous response (Chronicle Feb 3 p7) to the claims of unethical conduct in seizing land for their exclusive use is yet again a demonstration of their selfish and ill-formed approach. (Chronicle Jan 27 p1)

Contrary to their claims, legal action has commenced via our lawyers and it will be in the courts for a hearing soon.

To pretend nothing legal has commenced simply because we have not yet got a court date is misleading and disingenuous.

They totally and wilfully ignore the fact that they evicted from the land, against their will, valuable community users of the Wyong Showground site, some of whom had been there for almost a century and they now want to demonstrate some sort of substitution or equivalent “community care” involvement in charitable causes, all of which was always done since the inception of the Wyong Agricultural Society.

The club does not acknowledge the long history of the site and the hundreds of thousands of dollars and volunteer hours that went into the facilities there.

Then in 2014, opportunistically, under the direction of Racing NSW, they appointed their own Administrator, leading to the change in the Constitution to erase from history the connection of the land to the wider community and sharing of the site, especially when it came to agricultural and other sporting pursuits.

One thing the club did get right in the response to the Chronicle was that the Wyong Race Club was indeed formerly the Wyong Agricultural Society and through a marriage of convenience (and a change of name only, not entity), assumed control over property assets that belonged to the Agricultural Society.

For 25 years after that co-operative arrangement, the shared community facility principles remained and only when NSW Racing intervened did Wyong Race Club divorce its wealthy partner and kept its assets.

The club Board continues to act without integrity when it comes to this matter and not once in two years has it invited community representatives to come and have a chat about the issues.

That proves their lack of knowledge or care for the history of the land and our town and the impact their actions have had.

It seems that if the activity on the land doesn’t run around clockwise in circles, then it doesn’t count, and no matter what frivolous explanations are given now about being a “community business”, the truth remains that they now control millions of dollars of land now exclusively for horse racing that they didn’t pay a cent for.

How is that in any way fair?

By any measure this is opportunistic greed, we have always shared this site and are happy that horse racing is there, but that community sharing attitude is not reciprocated by the new Wyong Race Club Board.