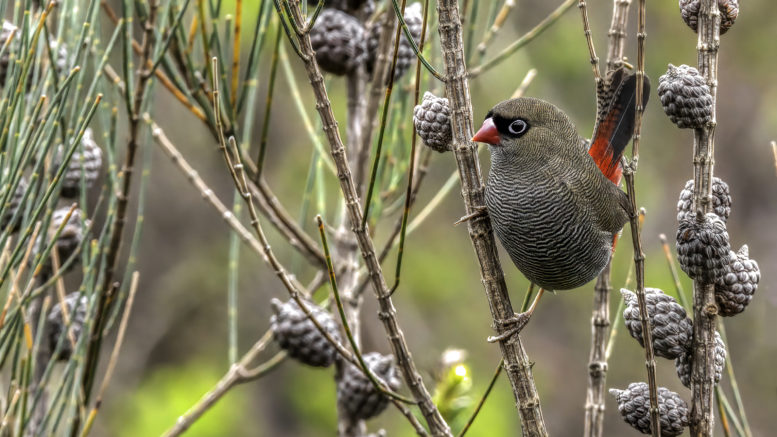 CCBG spokesman, Allan Benson, said photography was becoming increasingly synonymous with birding, with a new generation of birders integrating the artform into the practice.

“With the evolution of relatively cheap digital cameras, many younger birders’ interest in birding actually revolves around taking photographs and that’s why the group took the opportunity to have a competition and showcase the work of some of our best photographers,” Benson said.

Open to all group members, the competition had three categories: common birds, uncommon birds and vagrant birds; with the only rules being that the photo must have been taken somewhere on the Central Coast in 2020.

Hopefuls were able to submit two shots in each category, with Hunter Bird Observers Club member and wildlife photographer, Dick Jenkin, brought in to judge.

Geoff White took out the common birds category with his shot of a Scarlet Honeyeater in Munmorah Recreation Reserve.

Two other awards were also issued to Graham Nelson and to Russell, with Nelson taking home the award for most birds seen on the Coast in 2020 and Russell the award for rarest bird seen, for his encounter with a nesting pair of Varied Trillers at Ourimbah, which Benson said was the most southern record of this species.