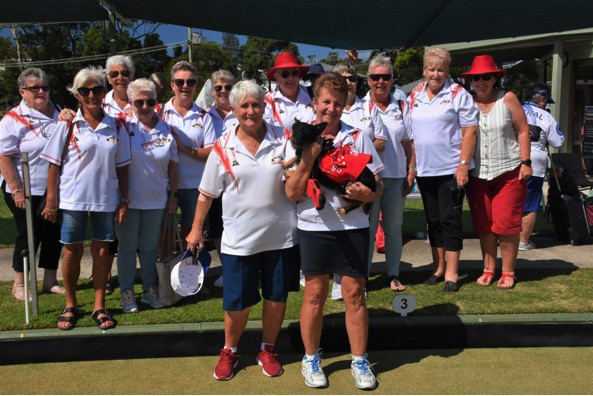 Gaining the right compete at the state level event after winning the 2020 District and Zone Championships, team Moseley and Sheehan won their first game against the team from West Tamworth 24-7.

Their second game against the ladies from Austral was not quite as easy, with the scores neck and neck throughout until the Central Coast favourites were able to pull ahead slightly and wrap the game 21-18.

The pair then met the team from Soldiers Point in the semi-final.

“This game was never going to be easy, and Vicki and Gail were down most of the game,” said MUWBC’s Communication Officer, Helen Stevenson.

“The score at end 12 was 18-8 in Soldiers Point’s favour, but they managed a bit of a fight back at the back end of the game, but it was not enough.

“The final score being 26 to 16 to Soldiers Point.

“Vicki and Gail finished third in the state which was a great effort.

“It was Vicki’s first ever venture into state events and after a few nerves she played very well.

“The ladies had a fabulous support team who travelled from Munmorah to support them.

“A great two days of bowls was had by all,” Stevenson said.