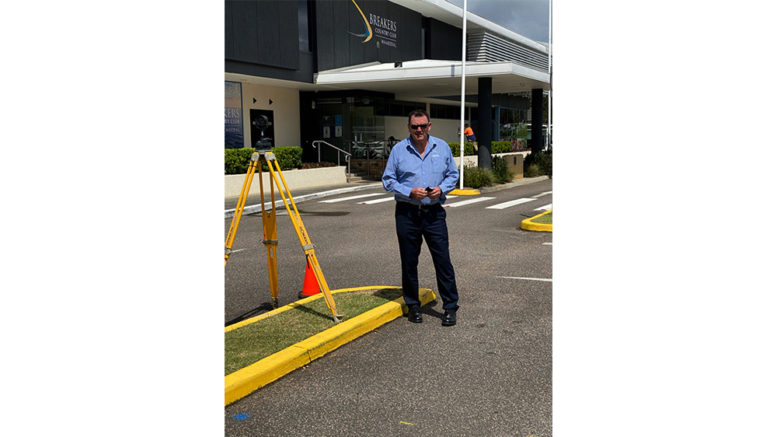 Breakers Country Club at Wamberal hopes to continue reducing its carbon footprint with the installation of solar panels over its front carpark.

The Club has applied to Central Coast Council for permission to position the solar panels on aluminium fixed tilted frames, secured to the ground via frames and concrete footings, covering an area which comprises around 80 car spaces.

The proposal includes a 252kW solar system for onsite consumption.

CEO Ken Pearson said the proposal was the latest attempt by the club to reduce its reliance on fossil fuel-sourced electricity.

“We have already installed solar panels on the roof at our own cost,” he said.

Pearson said the club was also water wise, having provided dams on its golf course to reduce its reliance on town water.

“We were also one of the first venues to install waterless urinals,” he said.

This latest venture will see the club’s use of fossil fueled power reduce under a Power Purchase Agreement (PPA) with Smart Commercial Solar, which will see the club invest $100,000 of the total project cost of $436,724.

“Under the agreement, the company finances the rest of the project and then sells power sourced through the panels to the club at an agreed rate,” Pearson said.

“This is quite a common procedure overseas and it means we will not be tying up much of our own capital.

“The solar company is also responsible for the upkeep of the panels.”

Pearson said surveyors were already on site in anticipation of DA approval and that installation would be speedy.

“We’re ready to go and anticipate completion around six weeks after DA approval,” he said.

A report to Council said the panels themselves would be made from silicon with a protective glass layer.

“The modules are dark in colour and are by design, non-reflective, to absorb the maximum amount of sunlight and produce more power,” the report said.

“Therefore, the effect of glare or reflection of the solar array is going to be minimal or non-existent.”

The installation will require minor earth works for cabling requirements.

The submission said the installation will have a positive impact on the environment as it will reduce the Club’s reliance on fossil fuel sourced electricity.

No trees are required to be removed to ensure sunlight reaches the solar system.

The solar panels are expected to generate approximately 374,976 kWh of electricity per year, which saves approximately 307 tonnes of CO2 equivalent each year.

“No greenhouse gasses are emitted whatsoever during the operation of the solar system,” the report to Council said.

Public responses to the submission close on February 9.