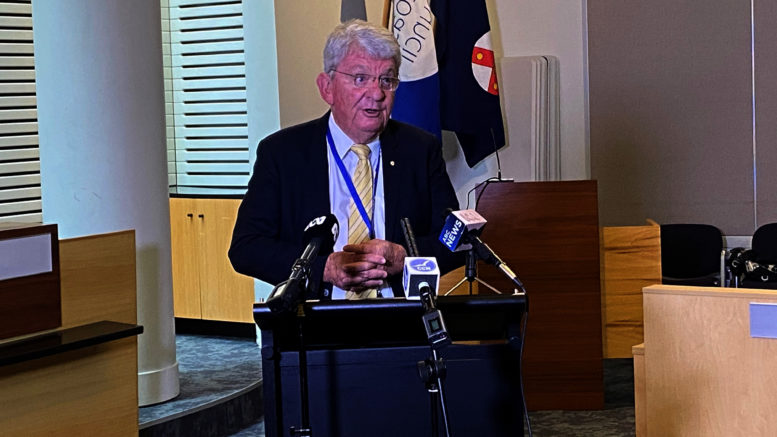 If the Minister for Local Government, Shelley Hancock, doesn’t sack our current crop of councillors, then Central Coast residents will vote in the local government elections slated for September 4.

If residents get to vote, they might also get to vote on whether a referendum should be held about how many councillors they want in the future.

If the referendum gets up, residents will then, at the 2024 elections, only vote for a lesser number of councillors rather than the current 15 positions.

Administrator, Dick Persson, has formally resolved that we will vote at the September 2021 local government elections on reducing the number of councillor positions from 15 to nine.

He is also suggesting that wards should be abolished, or as an alternative, to reduce the wards from five to three, but he is willing to ask the residents of the Central Coast for their opinion.

“It is my desire to present a viable and appealing proposal at the referendum and for this reason I am proposing community consultation regarding the ward structure,” he said.

“I personally think the no ward option is best, so councillors represent the whole Coast, but I know there are other views.

“I will be seeking those views through a formal consultation process before deciding on what should be included in the referendum question.”

Persson adopted his Administrator’s Minute, similar to a Mayoral Minute but without a debate, at the February 3 meeting.

The cost of asking one question in a referendum at a council election amounts to $214,700 or about 10 percent of the estimated cost of running an election, which at this stage, the NSW Electoral Commission has estimated the Coast to be $2.1M.

Persson admitted that he didn’t yet know how much cost would be involved in the preparation and publicity of the required explanatory material for the referendum, which the Council must ensure presents a balanced case both for and against any proposition to be put.

“I believe 15 councillors is simply too many and does not facilitate collaborative and effective decision making and that has to change,” Persson said.

He said the smaller number would assist in changing the Council from a combative parliamentary style to a more collaborative and co-operative approach to its business.

He would like to see the position of mayor elected by the nine.

Community consultation will be undertaken in the next few months with a report due back to Council no later than mid April.

We should know by then if the councillors are coming back or if the Minister has decided to sack them and begin an Inquiry into the Council’s problems, which led to it being incapable of paying staff.

If she sacks them, the Council would probably continue to have an Administrator for another 18 months or so while the Inquiry unfolds and, if so, we won’t be voting for any councillors, let alone 15 of them, this September.

Toukley Community Action Group calls for development to be deferred