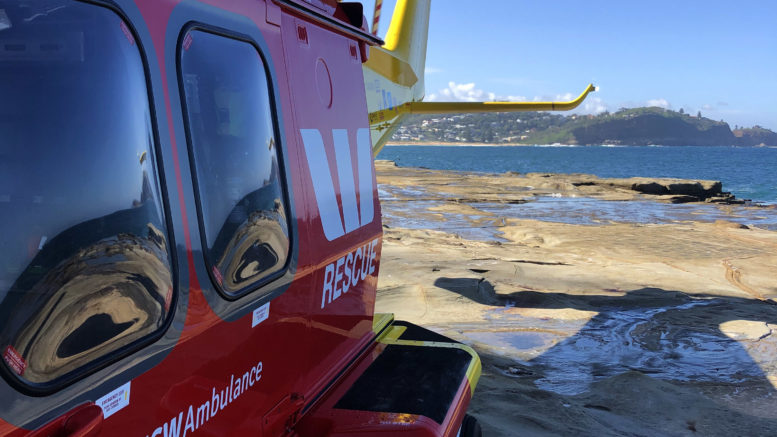 An 81-year-old man was rescued by The Westpac Rescue Helicopter following a fall on rocks at Avoca Beach on February 7.

The helicopter was tasked by NSW Ambulance at 405pm following reports of a person injured on the rocks.

Paramedics made their way on foot to the patient and the Helicopter Critical Care Medical Team was winch inserted into the location to help paramedics treat the patient.

He had suffered possible fractures and pelvic injuries after falling onto rocks.

Once stabilised, he was placed in a winch stretcher, winched back into the helicopter and airlifted direct to Gosford Hospital in a stable condition for further treatment.