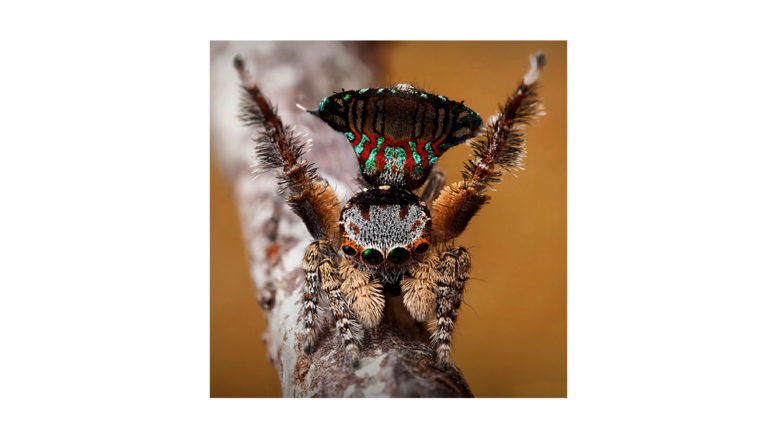 A Woy Woy resident has made national news after discovering a new species of spider in Western Australia last month.

Adam Fletcher, an electrician and keen photographer, identified the Maratus Fletcheri spider during a three-week expedition through the southern parts of the wildflower state.

And on December 17, the new species was named after Fletcher and described by Julianne Waldock at the Western Australian Museum.

Fletcher said he has always had a love for photography and spiders.

“After years searching for and photographing these little beauties, my good friend Michael Doe and I became friends with Michael Duncan, an entomologist from Western Sydney University,” Fletcher said.

“After many weekend trips away searching for different species of Peacock spiders, we decided to form a not-for-profit group called Project Maratus.

“We wanted to put them out in the world so everyone could see what they were, and we tried to do as much research as we could … where they are found, what habitat.

“After five or six years of doing it, we’d already found a few new species that had been given other names by people who wrote the paper.

“To have one finally named after me is a great feeling … words can’t describe it.”

In the Western Australian Museum’s study, Maratus Fletcheri males are described as having blue, green and red stripes in the anterior half of the abdomen.

The third legs of the species have dense brown and black brushes on all segments and white bristles in clumps on the femur, patella and tibia.

Females hold no markings dorsally, but have an oval abdomen, yellow legs and grey patches at the joints.

Courtship behaviour has been observed for five male and female pairs as part of the study revealing that the male raises one leg to attract the female’s attention.

Once the female is watching, the male raises the other third leg as well, raising and expanding the abdominal fan centrally and side-to-side, before rotating the fan to one side.

Fletcher said finally capturing the spider was a surprisr.

“Our days were made up of driving hundreds of kilometres and literally searching all day in whatever bush we could find and once the sun was going down, we would try to find a campsite or just pull up on the side of the road for the evening,” Fletcher said.

“After almost two weeks of non-stop searching, we were pretty tired and weary so stopped at a campsite.

“And as was the norm I rang home to my wife and kids to say “Hi we are still alive – all is good’.

“Whilst wrapping up my conversation with my wife I noticed a small spider jumping around my feet … I crouched down to find this little a Peacock jumping spider …  and even better a new species of Peacock spider.

More information on the Maratus Fletcheri spider can be found on the Project Maratus Facebook page.

Markets to make a pre-Christmas come back