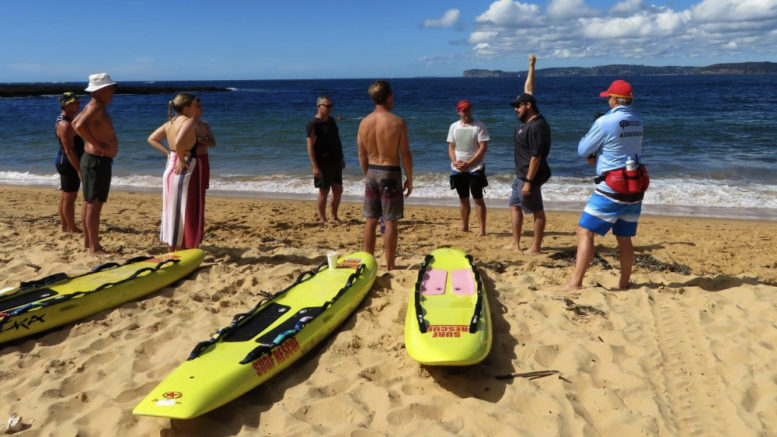 Killcare Surf Lifesaving Club has awarded six of its members bronze medallion honours after an assessment aimed at participating in patrol operations.

The bronze medallion award provides participants with the skills and knowledge to participate in surf lifesaving patrol operations – it is the core surf lifesaver award in Australia.

President of the Killcare club, Craig Sheppard, said he hopes members will give the new Bronzies a warm welcome onto their patrols.

“It’s a great group with a couple who have come through Nippers, a couple of Nipper dads and, in what might be a first for a new Bronzie, a Nipper Granddad,” Sheppard said.

“These assessments are really thorough, and all [members] passed after demonstrating the skills, physical fitness and knowledge to get onto patrol.

“A big thank you to them, their trainer Donny Macdonald, and the two assessors- Tim Pittolo and Richard Taylor.

“Richard has been very generous with his time this season and Tim from Terrigal SLSC jumped in at short notice to help us out also.”

Sheppard said after originally cancelling the course due to the COVID-19 lockdown before Christmas, the club was able to conduct its assessment on January 10.