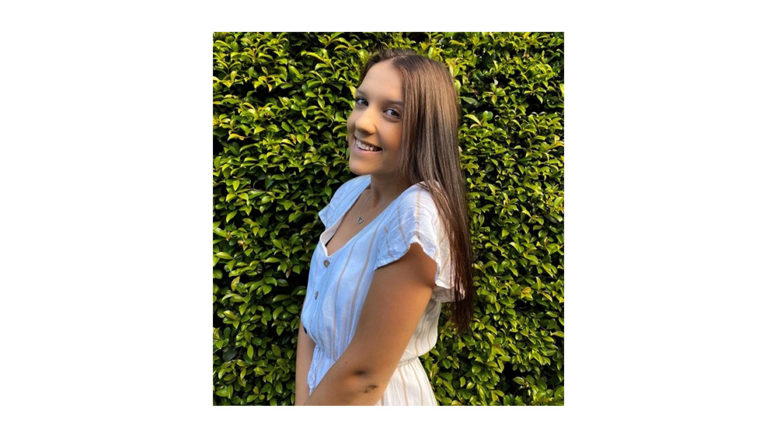 At the age of just three, Taylah Ross of Point Frederick had her first operation – to remove a plexiform neurofibroma which was growing on the back of her neck, causing discomfort and a lot of headaches.

“When I was a baby, my mum first noticed lots of marks on my body while she was bathing me,” Ross said.

“She took me to the doctor, who then referred us to a paediatrician.

“He suggested a trip to the genetic clinic at Westmead Hospital.”

Ross was diagnosed with NF1 and at three had her first operation.

“It grew back a few years later and had to be removed again,” she said.

“I had learning difficulties that made school and learning even harder.

“I had friends during primary school, but I never told anyone about my condition.

“When I was 15, I had another plexiform neurofibroma removed from my leg.

“I have a lot of café-au-lait marks and many lumps over my body.

“I also suffer from scoliosis, which significantly affects my life and chronic back pain.

“A few years ago, they found a tumour at the base of my brain.

Taylah said while there was no treatment for the condition, she was hopeful a cure would be found.

The Children’s Tumour Foundation in Australia has been holding the undie run for almost 10 years, raising funds for research into the debilitating condition.

Due to COVID-19 concerns, the event is going virtual this year, with free registration open to anyone, anywhere in Australia, until February 14.

This year’s Cupid’s Undie Run will start with an online version of its signature run, before offering up cheeky new challenges each day for two weeks.

It kicks off on Valentine’s Day, dubbed by organisers as “Undie Sunday”, as people recreate the Cupid’s Undie Run at home or out on the streets.

Her film Embrace and her courses have helped many to learn to love their bodies the way they are.

“I’m so excited to be supporting Cupid’s Undie Run,” she said.

“Let’s just strip down, have some fun, embrace our bodies as they are, and do some real good at the same time for people living with NF.”

Neurofibromatosis (NF) is a genetic disorder which affects one in every 2,500 people and causes tumours to grow on nerves throughout the body, including the brain and spine.

It is unpredictable, progressive and there is currently no cure.

Stirring Change – Are you getting enough vitamin K2?