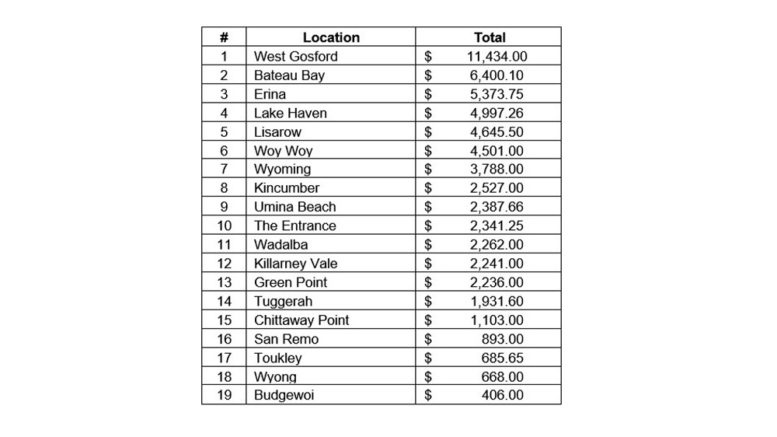 The generosity of customers at Bateau Bay Coles has placed the supermarket as the 10th highest fundraiser in NSW for the Coles Group National Christmas Appeal.

More than $3.2M was donated across the nation in the lead-up to Christmas to help feed vulnerable Australians and support families affected by childhood cancer.

This was more than 2.6 times the amount raised in the 2019 Christmas fundraising campaign.

More than half the funds raised were from Coles supermarket customers who purchased a $2 donation card at the checkout to support food rescue organisation, SecondBite, and national children’s cancer charity, Redkite.

Coles Central Coast Regional Manager, David Murray, said that while 2020 was a challenging year for everyone, it was great to see such incredible generosity from Coles customers across the Coast to help provide support for families and individuals doing it tough.

“I’d particularly like to thank our customers and team members at West Gosford who raised an incredible $11,434, which is a record for the area.”

In addition to donations by customers and team members, for the first time Coles Group donated $200,000 worth of gift cards to nearly 2,000 families affected by childhood cancer to help make their festive season brighter.

The record fundraising efforts will provide much needed support for SecondBite and Redkite, both of which faced increased demand for their services during the holiday season due to the impact of COVID-19.