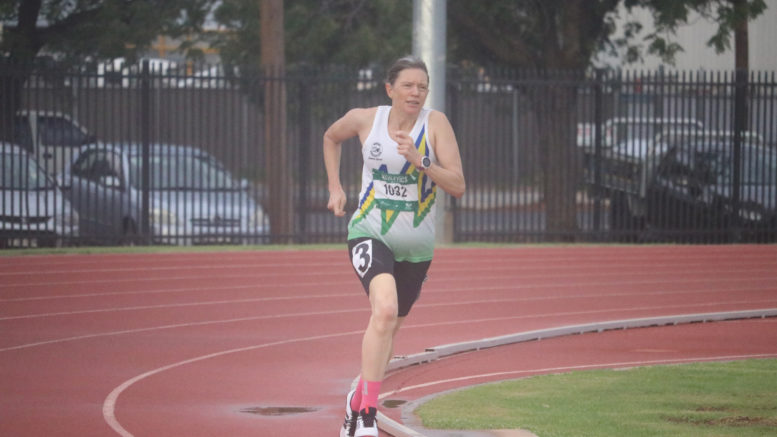 The Women’s NSW Mile Opens’ Championship race was the 42nd event at the Kerryn McCann Athletic Centre in Wollongong, wherein Sally raced against some of the fastest women in the State and achieved a time of 6:27.66.

This has earned her a new accolade with the fastest Women’s 50-59 years, 1 mile time, for Mingara Athletics.

After breaking her arm and wrist in August 2020, Sally commented on how pleased she was with her performance, despite being matched against younger athletes such as 16 year old Imogen Stewart from Illawong Revesby Workers Athletics, who won the race with an outstanding 4:38.15.

“But Because there were other Masters ladies competing as well, it wasn’t so bad.”

One of these other Masters ladies was Illawong’s Robyn Basman, who Sally out-ran in the end by less than a second.

“Robyn is great comradery amongst us Masters ladies.

“We worked together throughout the race but then I beat her in the final sprint.

“Other days she’s beaten me, so now we’re planning on the next encounter.”

For Sally, as well as Mingara Club as a whole, the next big race day is on Saturday, January 30, where they will host club’s from around New South Wales for a chance to qualify for National and International competitions and set state and national records.