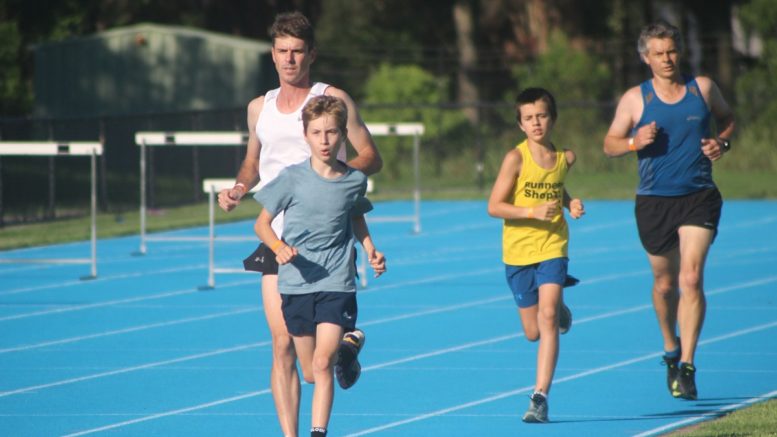 The new year got off to a fast start at Mingara Athletics Club with 2021’s opening Race Night on the evening of Tuesday, 5 January.

Amidst a streak of bad weather, athletes enjoyed clear conditions, which may have aided several new club records.

The first heat of the 800m was convincingly won by National runner, Ashley Pernecker, with a time of 2:32:48, a new club record in the Women’s U16’s.

Masters sprinter Ernie Leseberg dominated the 60m with a best time of 7.17 seconds, despite being eagerly chased by Liam Coles, who set a club record for the Men’s U14’s at 7.30 seconds.

Second and third place were taken by Stuart Eddy and Scott Godfrey, who both managed to finish under 10 minutes with previous City-to-Surf winner Paul Arthur close behind, finishing in 10:19:10.

Finally, in the 200m Ernie Leseberg clocked the fastest time of the evening with 22.82 in Heat Three.

Athletes now have just a few days to prepare for the upcoming Summer Comp to be held on Saturday, 9th January.