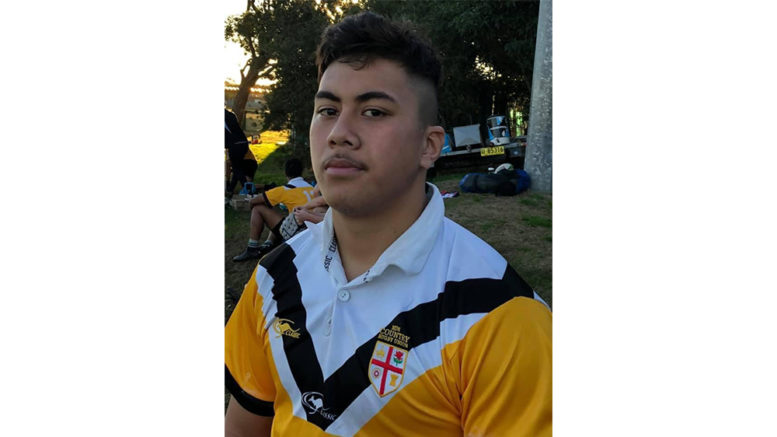 The 20-year-old New Zealand national was one of two people that died in a car crash in Henderson, Auckland, in the early hours of Boxing Day, leaving behind his partner and 1-year-old daughter.

Muru-Teutau was a former NZ Maori Under 18’s player and came to Australia.

He joined the Razorbacks in 2019 and quickly established himself as a star on the rise before returning to NZ to be with his family at the beginning of 2020.

Razorbacks’ First Grade Coach, Matthew Hopkins, described Muru-Teutau as one of the most naturally gifted players he’d ever encountered and said the close-knit club community was devastated with the loss.

“Vili came to the Razorbacks via a family connection and from his debut he just set the world on fire.

“There was no denying that he was destined for big things and he was easily one of the best players I’d ever seen.

“He was also just an incredibly humble person who would do anything to help the club succeed, whether it was jumping into the canteen to help out, or putting the team on his back to get us over the line, he was truly exceptional,” Hopkins said.

According to Club President, Clint Guyatt, the funds were raised by club members, friends and supporters, with it hoped that the donation will help ease the financial burden on Muru-Teutau’s family.

Guyatt said the Razorbacks would also be looking at other ways they could honour Muru-Teutau, as well as additional fundraising activities to support his family, with the club’s upcoming trial game against Drummond RFC to include a fundraiser.