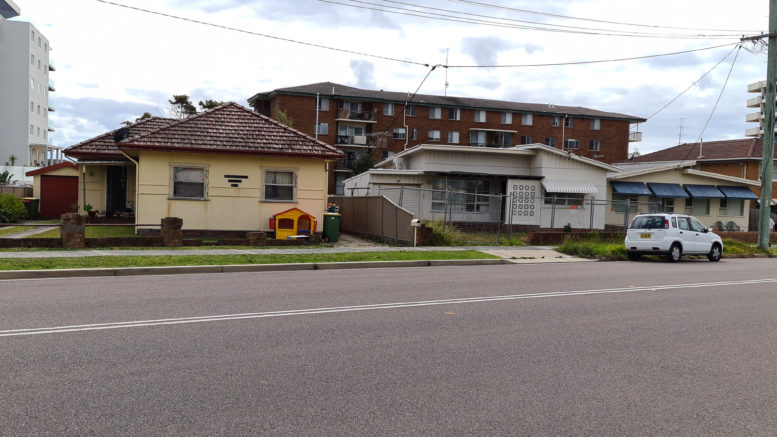 Central Coast Local Planning Panel has given the go ahead to demolish two old houses at 28 and 30 Dening St, The Entrance, to make way for a block of 19 units and basement car parking.

Originally, the plan was for 27 units over five storeys.

However, Central Coast Council did not support that and the applicant, Enhance Group Projects Pty Ltd, reduced the proposal to 19 apartments over four storeys.

The medium density zoning for the site has a height restriction of 12m, however, the height of this apartment building varies between 12.13m and 12.80m, and up to 13m at the top of the lift overrun.

The developer defended the exceedance in height, saying it did not seek to create an additional storey or seek additional floor space but to provide for a functional building with appropriate services such as a lift and basement level car parking.

A Council staff report to the Panel said that although the development will be significantly higher than existing low-scale structures directly adjoining the site, the building was considered consistent with the planned future character of the area as it transitions from low density to medium density housing.

The Panel was satisfied that the contravention of building height limits would not have any significant impact and the development was appropriate for the site, integrating with the emerging streetscape and character of the area.