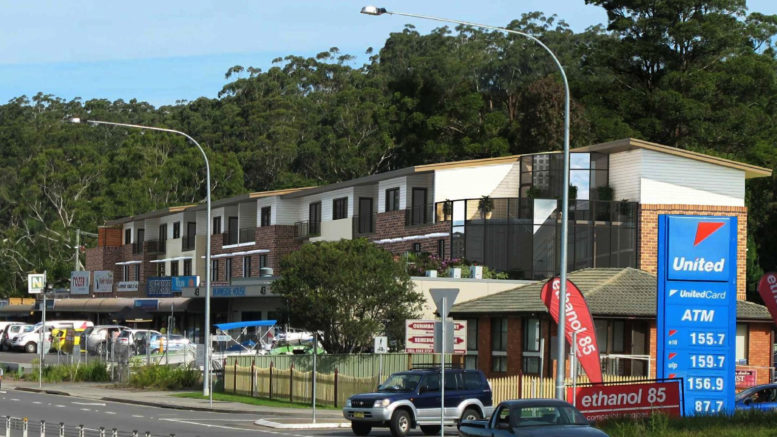 The long-running saga of establishing a boarding house in Glen Rd, Ourimbah, which began in 2013, has re-emerged.

The developer has lodged yet another development application, this time for 53 rooms over three storeys, to house up to 94 residents.

This latest proposal (DA1249/2020) is pitched at providing accommodation for students and young professionals, given its proximity to Ourimbah campus of the University of Newcastle and connections to public transport.

Spokesman for Ourimbah Region Residents Association (ORRA), Allan Benson, says the claim that the boarding house will be used as student housing is widely disputed by the community because there is no demonstrated need.

He said ORRA recognised and supported the need for affordable housing on the Central Coast, but this type of boarding house might be out of reach for low-income earners.

“ORRA is fully supportive of development in Ourimbah provided that the development complies with the relevant planning regulations and is in character with the Ourimbah village,” Benson said.

“Simply put, once again, this DA does not comply.

“The Local Environmental Plan (LEP) calls for only two storey buildings in Ourimbah, but this DA has three.

“The setbacks from the boundaries don’t comply and neither does the parking requirement.

“This building will tower over the shops and totally visually dominate our Ourimbah village.

“There is a provision in the planning legislation that a boarding house must be in character with its surroundings.

“The Land and Environment Court has ruled that previous DAs for this site with an identical footprint do not fit the character of Ourimbah, nor does the proposed hardstand car park,” Benson said.

ORRA is also concerned about the fate of two Tallowwood trees which have cultural and heritage significance to the Ourimbah community.

“These trees were planted 103 years ago to celebrate the conclusion of World War 1,” Benson said.

“There are concerns that both the construction process and building of a driveaway will destroy the root system of the trees,” he said.

“The Hunter Central Coast Joint Regional Planning Panel previously ruled that the Tallowwood trees must be retained to comply with character as a condition of the development.”

ORRA is urging all residents to make their views about the proposal known before community feedback submissions close on February 8.

This latest proposal is a revised version of a previous application first put to the former Wyong Council in 2013 for 101 boarding rooms, which was later reduced to 83 rooms, and granted development consent.

That development consent lapsed, meaning that this new development application was required.

This DA employs the same building envelope and footprint as conditionally approved previously by the Hunter Central Coast Regional Planning Panel, however, the number of rooms has been reduced to 53.

The Statement of Environmental Effects (SEE) submitted with the DA says the proposal fits in with the “walkable neighbourhood” objective of the planning guidelines and will provide affordable accommodation for students and young professionals of which there is a shortage.

A key consideration is the future expansion of the Ourimbah campus of the University of Newcastle, covered in the Ourimbah Masterplan, and the SEE points out that this accommodation will support that growth.