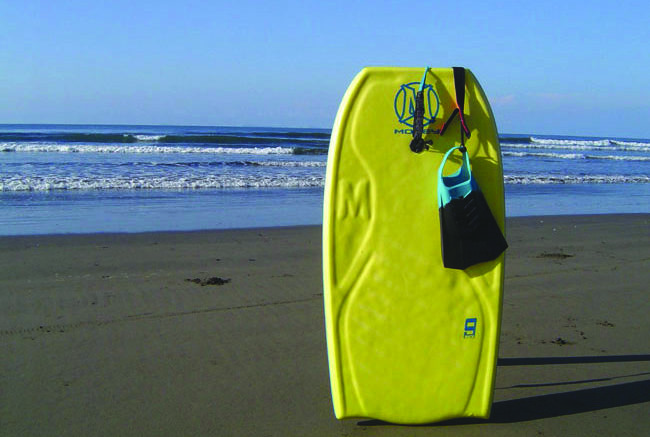 It was once the driving force behind the bodyboarding movement in the region, and now the newly revived North Central Coast Bodyboarders Club is hoping to inspire a new generation of bodyboarders.

Known simply as the NCCB, the club was at its peak during the late 90s and early 00s, with dozens of boarders travelling from all corners of the Coast and beyond to compete in NCCB competitions at beaches around the former Wyong Shire.

Over the years the club also produced a handful of state and national champions in Grant Molony, Shaun Petersen and Lilly Pollard, before waning interest and an ageing membership ultimately decided to close the club in 2006.

But now, a contingent of old boys want to bring bodyboarding back to the North.

From Super Groms (Under 12’s) to Grand Masters (Over 45’s) the new NCCB 2021 will supercharge the sport by reviving its once legendary competition series, with a six event comp planned for Lakes Beach to kick off in March.

Jeremy Harris was one of the founding members of the original NCCB and has returned as the new club’s Committee President.

According to Harris, while there was definitely a nostalgia factor, the revived NCCB will be all about celebrating the past and shaping the future, with coaching and mentoring to be the cornerstone of the club.

“I’ve been bodyboarding around the Coast for the past 35 years and NCCB was a really big part of my youth.

“That’s the case for a lot of the guys around here and that’s why we decided to restart the club.

“Globally, there’s been a big resurgence in the sport, even with last year being a hot mess for competitive bodyboarding, and so it just seemed as good a time as any to bring the NCCB back, because we want to keep the sport going strong,” Harris said.

And while it’s still early days, community interest appears to be strong, with initial inquiries leaving Harris hopeful that NCCB could have a massive year ahead.

“We haven’t had our first formal rego day yet, but interest so far has been very positive, so much so that we could even rival the biggest existing bodyboarding club in the country on membership if the numbers check out, which is really exciting.

Harris added that forging a strong community will also be a focus of the new NCCB, with the final contest of the series to be a memorial event dedicated to Matt Barron and Luke Viner, two legends of the local bodyboarding community.

“Matt passed away while bodyboarding at Lakes Beach from an undiagnosed heart condition in 96 and a memorial contest has been held in his honour pretty much every year since, while Luke was an NCCB committee member who passed last December.

“He was passionate about getting groms back into the sport, so we thought the Barron/Viner Memorial Contest would be a fitting end to the series,” Harris explained.