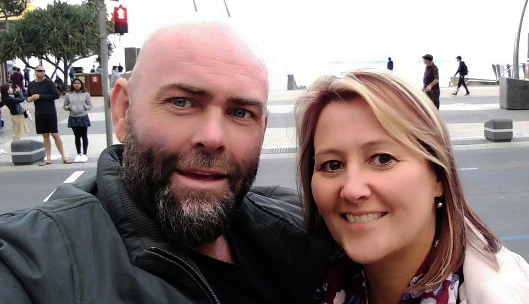 A Central Coast man has thrown his support behind a new initiative, through which a grassroots charity is offering every Australian teacher and parent access to a free Eczema School Kit.

With one in five children suffering from eczema (also known as atopic dermatitis), Eczema Support Australia has challenged schools to better support students living with the extremely itchy and painful condition, which is often misunderstood and has a huge impact on quality of life.

The campaign has resulted in the creation of innovative school kits for educators and parents/carers, with expert advice and strategies designed to help identify potential eczema triggers in the learning environment and simple solutions to prevent and/or care for a child’s outbreak.

Jamie Chesworth, who has lived on the Coast all his life, at Saratoga, Kincumber and now Blackwall, has suffered severely from the condition since he was three years old.

He said an initiative such as this would have made a world of difference to his school years.

“When I was in school there was nothing like that,” he said.

“A bit of support and understanding would have made a big difference.

“In primary school you realise you are different and kids can be cruel.

“The question I was most often asked was ‘is it contagious?’

“I was constantly embarrassed by the condition and didn’t have the opportunity to play with the other children because there wasn’t much understanding.”

It was in his high school years, though, that Chesworth says he could really have used some support.

“I was in and out of Royal North Shore Hospital for quite a long time when I was 14-15,” he said.

“There I was, swathed in bandages, and still doing schoolwork, only to be told when I returned to school they would not recognise the work I had done in hospital.

“To have known I was supported by the school, to have the school and students more aware of the condition, would have been great.”

These days, Chesworth is still seeing a dermatologist and on medication which keeps his condition 80 per cent under control.

“I am able to get through my personal and work life with minimal hassle but more support during those school years would have been wonderful,” he said.

Eczema Support Australia Managing Director, Melanie Funk, said support for children with eczema in the Australian school system was minimal despite the negative toll it had on both sufferers and their loved ones.

“The condition can lead to low confidence, absenteeism from school and isolation, while younger children in early learning are also at risk of adverse health and well-being when their needs are not met.

“Research shows eczema has a significant negative impact on education, social life and the family, with 20 per cent of children with the condition bullied and many denied basic healthcare and emotional support at school.”

The rollout of the kit has been financially backed by the Commonwealth Department of Health.

Educators and parents/carers can download the free kit at the www.eczemasupport.org.au/school-kit, with hard copies available upon request.