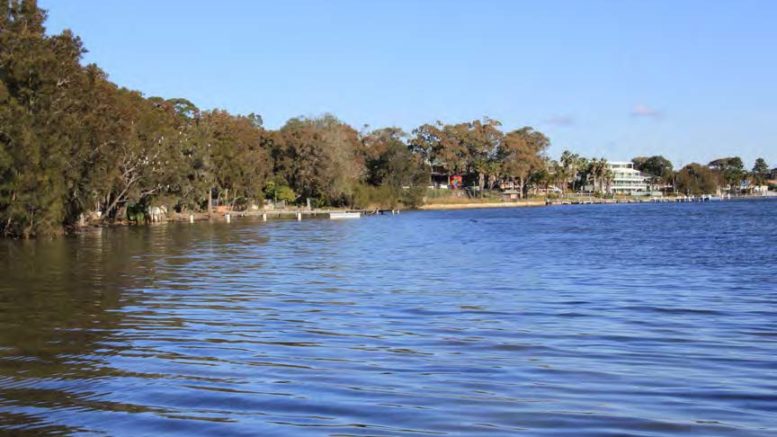 A Wildlife ARC member is searching for a brave young boy who saved the life of a seagull at Budgewoi.

Linda Thometzek was on phone duty for the Central Coast based wildlife rescue group on January 13 when she received a call from a concerned community member about a gull in distress.

The caller had noticed a fisherman on Budgewoi Bridge cast his line and hit a gull.

According to the witness, the bird became tangled in the line, but rather than do anything to assist the animal, the fisherman simply cut his line and continued fishing.

Also concerned about the possibility of drowning, Thometzek began giving the caller advice on how to retrieve the gull, before a quick thinking boy sprang into action.

“My caller was on the opposite side of the lake when all of this happened, so I’d been getting this running commentary of the whole situation.

“As he was getting ready to drive over to the other side of the bridge, he just stopped and said a boy had fished the gull out of the water.

“By the time he had gone over, the boy had managed to calm the gull and was busy untangling it from the line,” Thometzek said.

Offering advice and encouragement to the boy from the phone, Thometzek said that once untangled the gull returned to the water no worse for wear.

But in the heat of the moment, no contact information was exchanged, with the Wildlife ARC member now keen to track the little hero down.

“I would really like to find this boy so that I can thank him and arrange some sort of reward for him because he really did save that gull’s life.

“Not many kids would go out of their way to do what he did and I just think he deserves some sort of acknowledgement,” Thometzek said.

The incident occurred around 6pm near the carpark of the Hibiscus Lakeside Motel and Thometzek believes the boy was around 11 years old.

Jillian Hogan said quite simply that she was gutted

Julie Watson to stand for Council in Budgewoi Ward