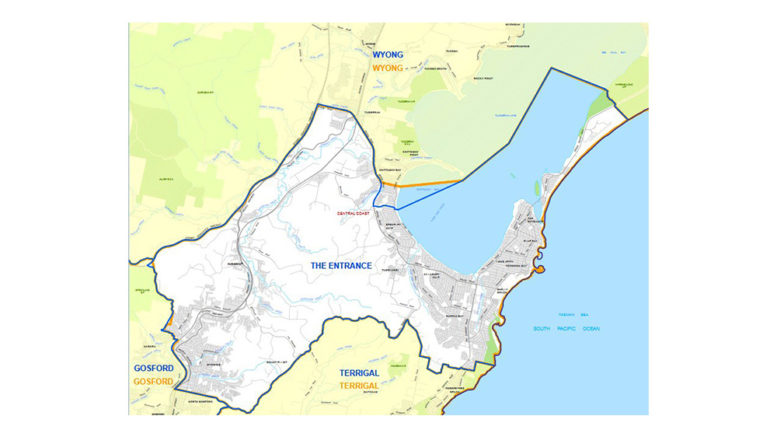 In proposed changes to electorate boundaries, most of Berkeley Vale will become part of the state seat of The Entrance, all but six streets.

Part of Berkeley Vale was already in The Entrance electorate and this latest boundary review moved another section from the Wyong electorate to The Entrance, except for Platypus, Albatross, Black Swan, Echidna, Gannet and Wombat Streets.

The Entrance MP, David Mehan, has written to the Electoral Commission asking that these streets also be added to his electorate in the redistribution.

“Excluding those streets would seem only to cause confusion among electors of Berkeley Vale,” Mehan said.

He thinks it makes better sense to have the entire suburb of Berkeley Vale in the same electorate.

“There are strong community interest reasons to locate all of Berkeley Vale within one electorate including catchment for schools, community groups and facilities.

“The same could be said for all electors south of Ourimbah Creek.”

Mehan suggested Magenta, between The Entrance North and Norah Head, could be a logical trade-off for the Berkeley Vale streets.

“This new suburb has no community of interest with North Entrance, or anyone for that matter,” Mehan said in his submission to the Electoral Commission.

“It’s a small subdivision located next to a golf resort and most of the homes are holiday homes, but there is also a small population of electors,” Mehan said.

No other submissions on proposed changes to electorates on the Central Coast were received and the Redistribution Panel will now consider all feedback received from the public to produce the final determination.

This review of electorate boundaries in NSW is part of the redistribution process which ensures there are about the same number of voters in each of the state’s 93 electoral districts.

Redistribution is undertaken after every second NSW state general election.

Once finalised, the changes made in this redistribution process will be in place for the 2023 and 2027 state general elections.