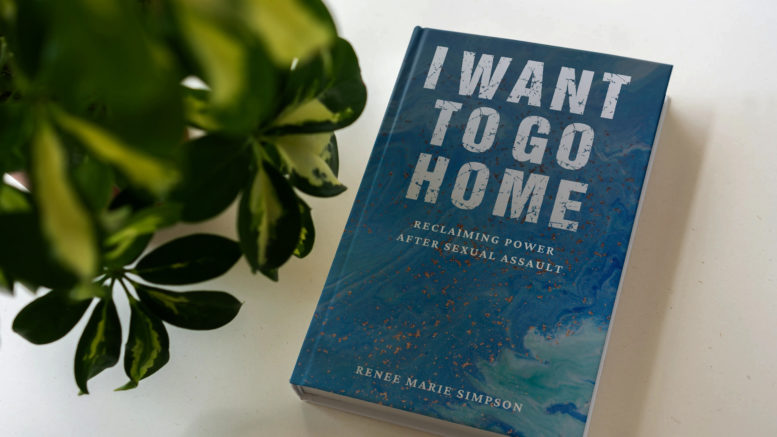 Central Coast author, Renee Simpson, is set to release a memoir after Christmas on her journey to reclaim power and break the silence after sexual assault.

The book, I Want To Go Home, talks about the experiences she went through to overcome her trauma and aims to help inspire others to do the same.

The decision to publish a book came after she experienced a miscarriage earlier in the year.

“I have really struggled with loneliness and going through this thing on my own,” Simpson said.

“I think with COVID, social distancing, and that sense of isolation has brought it up to the surface.

“I thought it was not okay that we had to struggle with these things on our own.

“Isolation had given me time to reflect on a time of my life when I really struggled, after my best friend’s boyfriend sexually assaulted me at a party a week before I flew out on a gap year overseas.

“I was inspired by the experiences of survivors who faced the ‘gag laws’ imposed in Victoria, South Australia and Tasmania.

“I couldn’t believe survivors could be treated with such a lack of compassion in the 21st century.

“After already enduring the emotional torment seeking justice against their perpetrators, survivors then faced laws that silenced them from sharing their stories or face fines of up to $10,000.

“It infuriated me that survivors who have already had so much stolen from them were then threatened by the same system that was supposed to protect them.

“It made me more determined to share my story.”

The book is based on a memoir she wrote 10 years ago inspired by the travel journals she wrote about a sailing expedition she did between the south of Spain to Thailand.

By going back through these memoirs with a book coach, she started to notice certain things in her writing that she was brushing over.

“I realised that the story was about what I wasn’t saying… what I was leaving off the page,” she said.

“So, I started to dive in it and to think about what was really going on with me on a deeper level and bring that story to life.”

Simpson earned a degree in Social Science from the Australian College of Applied Psychology and now works as a Youth Development Officer.

She wants to advocate for deep change in societal attitudes and behaviour to support safer communities for women and children.

Simpson said finishing the book has been a great end to a challenging year.

“I lost a baby this year too, and that was a big issue for me,” she said.

“(Writing) was quite a therapeutic process, and I’m happy to share that I’m pregnant again in my second trimester.

“I have also been inspired to hear about other women who were also struggling who have had a miscarriage and have not been really able to talk about that in a public sphere.

“It is a bit of a call to action from the community to pay attention to their stories and not turn away when they hear these difficulties experiences.

“Also, for survivors to not shy away from these stories as this is where we create change together.”

Simpson said the book is the first of many more to come.