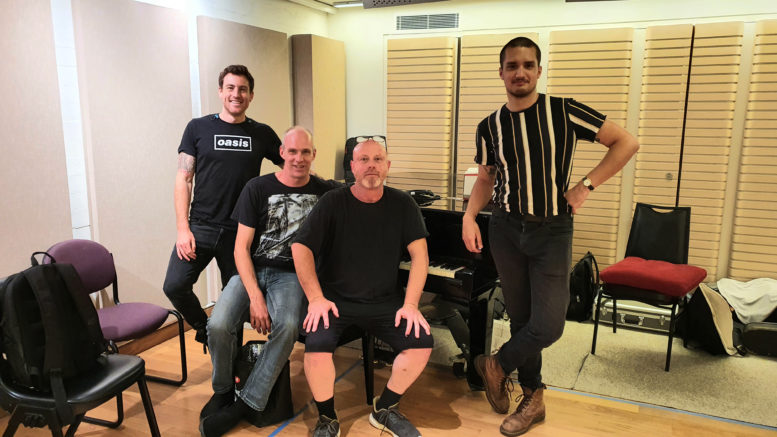 After two months performing at the Sydney Opera House, Matcham local Andrew Worboys is excited to be bringing the show RENT, for which he is Musical Artistic Director, a little closer to home.

RENT will play at the Art House at Wyong from February 4.

With three other Central Coast locals, Worboys makes up the live band which brings the memorable soundtrack to life.

RENT, has been appearing eight times a week at the Sydney Opera House since the end of December and will continue until the beginning of February.

Worboys said it had been a full-on few months.

“It is eight shows a week, Tuesday to Sunday, two shows on Saturday and two Sunday, so we have Monday off,” Worboys said.

“It is a pretty rigorous schedule.

“The show organisers have two days of turnaround where they bump the show out of the Opera House and then drive it up the road, straight into the Art House, and then three days later we have our first audience in on February 4.”

Four shows will be held over three days.

“We are really looking forward to performing in our own back yard,” Worboys said.

“We are so lucky on the Central Coast to actually have a space like that to perform in.”

The group formed a tight bond since coming together last year during COVID to play online as The Isolationists.

“We had some online concerts to help us survive through the lockdown,” Worboys said.

“We all kind of worked in that way for a couple of months, having never had actually met, just over the internet, recording music and sending it to each other.

“Until finally we were allowed to have more people in a house, so I said to them come over and have jam, and when they did, we all just clicked.

“For the next few months, we created these online COVID concerts, and by extension, I asked if they wanted to come be part of the RENT band because we just worked so well together.

“I am so grateful and excited to now be able to play with these generous and talented fellows in RENT, doubly excited we got to do it at the Sydney Opera House and now here at home on the Coast.

“They have quite simply become family.

“I am originally from Orange and grew up playing in pub rock bands, so I was a rocker, which is why I love RENT so much because it is a rock musical.”

RENT will be the latest hit musical to visit The Art House after 2019’s In the Heights and HAIR.

It is the only other venue to receive the show from The Sydney Opera House.

Central Coast rents up 23 per cent over past year

Young singers to perform alongside stars of Opera Australia

Songs for a New World playing at Wyong Grove