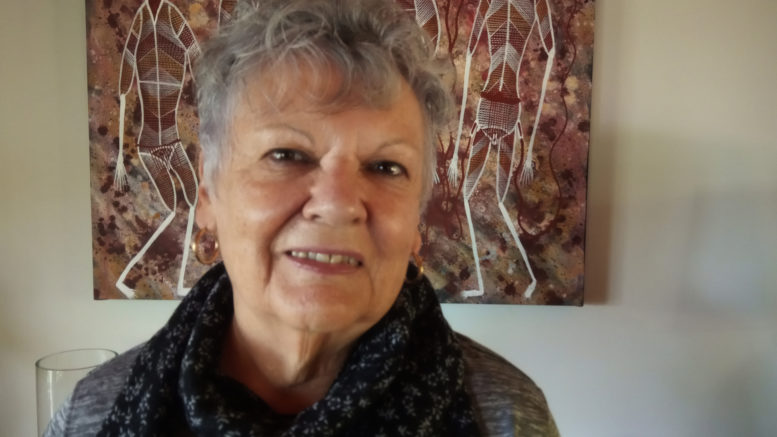 A meeting between Blackwall theatre practitioner Brenda Logan and Central Coast visual artist Kim Vredenveld sowed the seeds for what will be one of the most exciting arts projects the Peninsula has ever seen.

Inspired by the meeting, during which the women discovered a shared belief in the value of community arts, Logan set about writing a grant application, with the support of Member for Gosford Liesl Tesch and organisations such as Woy Woy Little Theatre, Central Coast Women’s Health Centre and Curves Erina.

On December 1, 2020, the project ART-FULL WOMEN was awarded $35,000 by the Australia Council for the Arts, the arts funding and advisory body for the Federal Government.

“ART-FULL WOMEN aims to raise awareness of issues impacting older women in our community and to promote theatre and creativity for healthy ageing,” Logan said.

“The project invites women from diverse cultural backgrounds and abilities to not only discover and share their artistic talents with each other through a series of free art and craft workshops but also gain the opportunity and skills to share their stories and talents with the wider community.”

Under the guidance of experienced visual artists and theatre practitioners, together with support from mental health professionals, interested women over the age of 55 will be invited to participate in free workshops in Mixed Media, Life Drawing, Soft Sculpture, Ceramics and Theatre Skills from the end of January until mid-year.

They will then be offered a public platform to express their views, have their stories heard and showcase their talents with a staged theatrical presentation and exhibition/installation to be held at The Peninsula Theatre, Woy Woy, during Women’s Health Week in September.

Logan is no stranger to community arts projects.

An actor, director, theatre-maker, drama tutor and producer she has worked across the spectrum of theatre and performing arts including community cultural development with numerous organisations and companies in Australia, Fiji and England.

As Creative Producer with Darwin Community Arts, she spearheaded the Women’s Wisdom project in 2015 in collaboration with Playback Practitioner Shel O’Toole.

The highly successful production, staged as part of International Women’s Day 2015 celebrations, played before a large multicultural audience of men and women with the cast comprising women over the age of 55.

It was the success of this project which inspired Logan to launch a similar enterprise after returning to live on the Central Coast a few years ago.

“It not only enables people to share experiences, thoughts, feelings and imaginations but also improves well-being, reduces social isolation and has the ability to transform lives,” she said.

“We are looking for women with performance experience who want the opportunity to showcase their talents and for women who have stories they wish to share, issues they want to raise, and who have never been on stage before but want to increase their confidence and find the courage to share their stories with the wider community.

Logan said with the Coast identified as an area of social disadvantage, especially for older women, the project offered the perfect medium for addressing social inequality and disadvantage by increasing connections.

If you identify as female and are aged over 55, with or without performance skills, and would like to create beautiful artworks and gain the confidence to perform in public, Logan would like to hear from you.

She would also like to hear from any local organisations which can offer workshop space.

Contact 0419 256 530 or email artfullwomen@gmail.com for more information or to register interest.