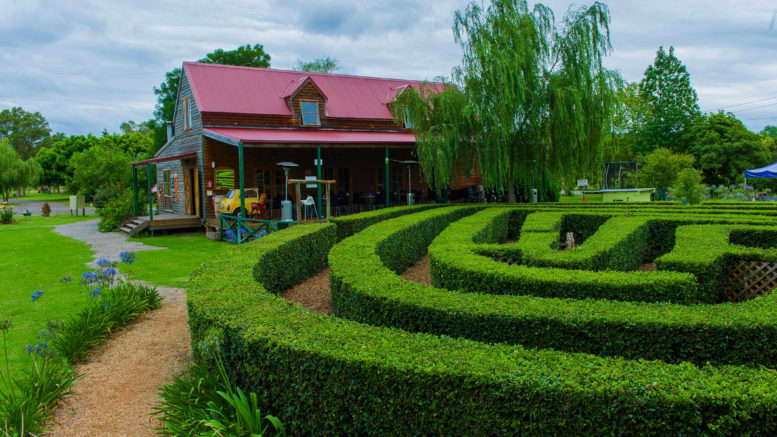 The owners of Wyong Creek’s Amazement Farm and Fun Park have denied claims that alleged animal abuser, Daniel Brighton, is running their business.

An anonymous whistleblower contacted the Chronicle claiming Brighton was the new owner/operator of the farm stay, adventure and animal attraction facility and expressed their concern at his working with animals whilst at the centre of an ongoing court case of alleged animal cruelty.

Brighton was convicted for animal cruelty offences in June 2019 after charges were brought against him by RSPCA NSW.

He was sentenced to three years and four months in prison with a non-parole period of two years and two months, but in April 2020 he successfully appealed the charges in the NSW Supreme Court.

That appeal has since been challenged by RSPCA NSW and the matter is again before the courts.

The Chronicle took the whistleblower’s allegations directly to Amazement and the new owners have since set the record straight regarding Daniel Brighton’s employment and the insinuation that animal abuses could be occurring at their property.

Darren and Jenny Brighton are the real owner/operators of Amazement and spoke exclusively to the Chronicle about the situation.

Darren Brighton, who is Daniel’s father, said he and his wife had an impeccable record when it came to animal care and welfare and dismissed all claims made by the whistleblower as untrue.

“Jenny is the licensee and permit holder for all the animals at Amazement.

“Amazement is fully approved and compliant with all the requirements set by the Department of Primary Industries (DPI) and have received A-grade ratings from our last two site inspections.

“The animals at Amazement are expertly cared for and we have rigorous animal husbandry standards.

“Since taking over the park a year ago, we have drastically improved the positive welfare outcomes for the animals living at the park in relation to husbandry, diets and enrichment.

“We have a full staff of qualified animal keepers who are responsible for our animal husbandry practices and animal care and have our animal’s welfare as their main priority.

“We are also members of a peak industry body, the Wildlife Exhibitors Network.

“The animals under our care are treated with the utmost love and care by our skilled staff.

“We take great pride in displaying these wonderful animals to the community and being a place where both the local community and tourists can get up close and personal and learn about our animals,” Darren Brighton said.

“Contrary to the claims made, Daniel Brighton is not an owner nor an employee of Amazement.

“The property and business are both owned and operated by Jenny and I.

“Daniel lives in Sydney and helps us out where he can, as a consultant.

“We are unable to comment on Daniel’s legal proceedings in detail as they remain before the court.

“It is true that Daniel was charged with animal cruelty, but the conviction was overturned, and that decision has just been confirmed by the Court of Appeal,” Darren Brighton said.

Plans submitted for The Glen for Women