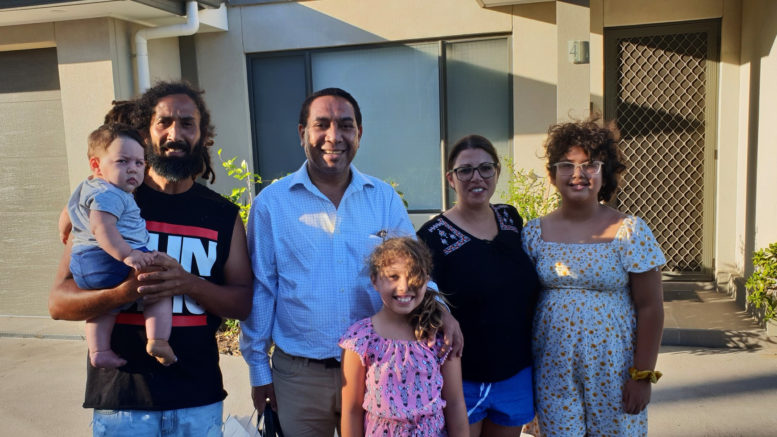 It wasn’t until he was an adult that Jorge Carvarino of Hamlyn Terrace realised the important positions that his parents held in East Timor before it was invaded by Indonesia in 1975.

Brought to Australia at the age of six, along with his brother and sister, Carvarino was raised by his maternal grandparents, who had fled East Timor during the invasion.

He didn’t discover that his parents, both high figures in Timorese politics prior to the invasion, were incarcerated and eventually killed by the invading forces.

Consul-General of Timor-Leste in Sydney, Luciano Valentim da Conceicao, is trying to interest the ABC in making a documentary on the family and paid a visit to the Coast on January 13 to discuss the proposal with Carvarino.

“I didn’t really know much about my family history growing up,” Carvarino said.

“I came to Australia when I was six and didn’t realise until much later that my parents were actually heavily involved in the decolonisation movement prior to the end of Portuguese colonisation in 1975.

“I was only a baby when my father was in exile.

“I am told that he was the second Prime Minister of East Timor prior to the Indonesian invasion.

“Apparently they were both on a hit list and my father was captured by the Indonesian military and later killed.

“There is still mystery surrounding what happened to my mother following her surrender to the military.

“I didn’t really get to know either of my parents.

“My siblings and I were kept in a camp by the Indonesian military and I know that my father’s mother had to make some sort of payment to get us out.

“The three of us were brought to Australia in 1983 and grew up in Queensland raised by my grandparents.

“A lot of the family history was hidden from us.

“When we came of age, we each went our separate ways and my brother now lives in Canberra and my sister in Brisbane.”

The siblings did not find out for many years that they also had a younger brother, who was adopted by an Indonesian general following the invasion.

“In 2009 we got a call saying that they had found our younger brother and we have since reconnected via social media,” Carvarino said.

“He hadn’t known about us and had grown up assuming he was Indonesian.

“In 2019, my eldest brother went back to Timor and met our younger brother.

“I’m disappointed not to have known much about my parents and their struggles growing up.”

Married to a Mauritian, whose nation has also had its share of struggles, Carvarino is determined that their three children will grow up fully aware of their heritage.

“We have children aged eleven and nine, and a baby born last year,” he said.

“We want them to grow up knowing their background and what my parents did for them.

“There is still a blood call to Timor-Leste and once the children get a little older, we would like to go back and see what we can contribute.

“We would like to see Timor-Leste grow and prosper.”

Carvarino said the Consul-General was the first official to have reached out to the family.

Himself highly active in Timorese politics prior to its independence in 1999 and since, Conceicao is determined to see a documentary on the Carvarino family come to fruition.

“This family’s story is a large part of our history,” he said.

While on the Coast, Conceicao also paid a visit to Anglican priest, Fr Rod Bower of Gosford, to thank him for his church’s support of Timorese people.