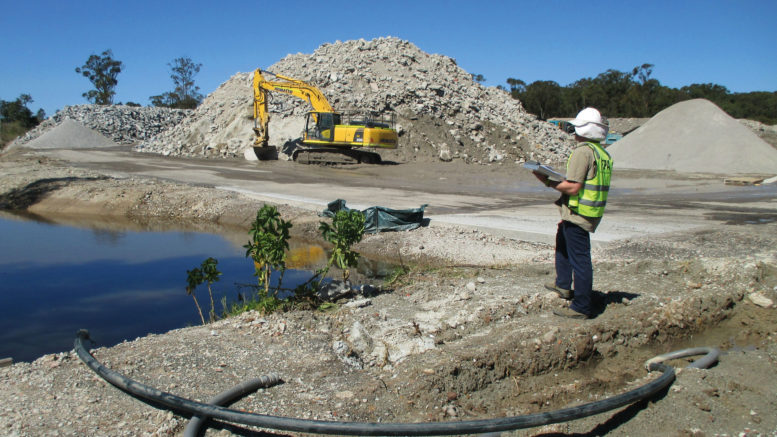 EPA officers conducting an inspection on the Central Coast this year

The NSW Environment Protection Authority (EPA) has hit back at claims by member for Gosford, Liesl Tesch, that it has let down the Central Coast with a drastic reduction in inspections in the region over the past two years.

Tesch claimed the authority had EPA had cut inspections by 75 percent over the past two years in the Gosford electorate.

“In the 2017-2018 period there were 87 inspections conducted by the EPA in the Gosford electorate, falling to just 22 inspections two years later,” Tesch said.

She said the severe drop was unacceptable.

“Our community has already fallen victim to the EPA’s mismanagement and lack of oversight when it came to the reckless and illegal dumping at Mangrove Mountain,” Tesch said.

“Dropping inspection rates is a recipe for another environmental disaster here and it is unacceptable.

“Over the past two years the Central Coast has seen an uptick in applications to open waste and recycling facilities in our backyard to cater to the needs of Sydney.

“We have a history of poor oversight by the EPA of our facilities and the potential to have more sites just adds insult to injury when the EPA is clearly not monitoring breaches on the Central Coast.”

But a spokesperson for the EPA said the authority’s inspection activity had been impacted in 2019-20 by a focus on bushfire response and recovery, along with a reduced frequency of field inspections due to a public health order during COVID-19 restrictions.

“The EPA continued to maintain regulatory oversight of licensed premises in the area through targeted inspections, response to pollution incidents, desktop audits and other regulatory activities,” the spokesperson said.

“The EPA has maintained its commitment to addressing and responding to significant environmental issues in the area.”

The spokesperson said the EPA had entered into Enforceable Undertaking (EU) with Central Coast Council to spend almost half a million dollars on upgrades following a sewage leak in January, 2019.

It had facilitated the successful prosecution of a Central Coast man who was fined $48,000 after another man almost died after consuming a pesticide stored incorrectly.

In October, 2020, it fined recycling company IQ Renew $15,000 and issued official cautions to its five directors, for allegedly exceeding waste limits at its Somersby facility.

It also fined IQ Renew $48,000 in February, 2020, for alleged offences at its Pile Road, Somersby and Lucca Road, Wyong sites, and a site it occupied in Wisemans Ferry Rd, Somersby.

“The EPA has continued to investigate water management of the Hymix concrete batch plant at Kincumber,” the spokesperson said.

“The EPA has issued Hymix with a prevention notice which requires Hymix to: cease the discharge of water from stormwater or wastewater infrastructure at premises; provide details to the EPA outlining how the discharge will be ceased; and engage a qualified professional to prepare a comprehensive Water Management Report for the premises and report on areas for improvement.