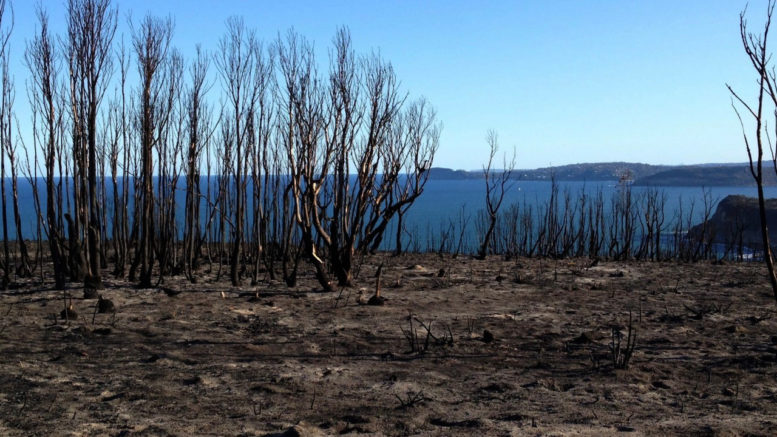 As we enjoy the long, hot summer days at our local beaches, the Killcare Wagstaffe Rural Fire Service is reminding community members about the dangers of lighting recreational beach fires.

Killcare RFB Captain Michelle Biddulph said the firies put out multiple beach fires at Putty and Killcare Beach on the night of January 16.

“From an RFS perspective, fires on beaches always have the potential to spread into surrounding vegetation and cause bushfires,” Biddulph said.

“This risk is always greater during the statutory bushfire danger period between October 1 and March 31.”

Biddulph said they also extinguished beach fires at Maitland Bay on January 14 and a large beach fire at Tallow Beach on December 10 last year, as well as fires at Lobster Beach and campfires at Hawke Head.

During the bushfire danger period, the risks of beach fires burning out of control are more significant due to increased windy, warm, and dry conditions.

“Beach fires not properly extinguished may also be a risk (in) generating embers and causing a bushfire for some days after being left unattended,” she said.

“This occurred both in 2012 and 2018 when a beach fire at Lobster Beach caused significant bushfires which threatened houses at Pretty Beach and Hardy’s Bay.

“Not only is there the chance that embers may start a bushfire, but kids, adults, and dogs could severely burn their feet if they inadvertently tread on them, even the following day.”

Biddulph said they often saw sand used to extinguish beach fires which was dangerous due to sand remaining extremely hot for hours after and advised that water was always the best extinguisher.

If community members see a fire or embers on the beach, they are encouraged to call 000 and remain on scene to keep the fire safe and prevent it from escaping where possible.

“Our community has seen first-hand the disastrous and frightening impacts of bushfires which have started due to beach fires, so they do not hesitate in calling 000 to report these fires,” Biddulph said.

“Enjoy the beach and the beautiful surrounds, but do not light a fire!”