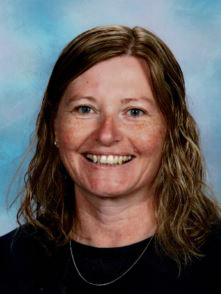 A new women’s health charity created by a Shelly Beach family is helping a whole generation of women find understanding, confidence and comfort as they undergo the change before the change.

The Debbie Gaunt Foundation was launched to build awareness about perimenopause, an often-challenging life event that can have devastating impacts on a woman’s physical and mental health.

The transitional period before a woman’s final menstrual period (menopause), perimenopause most commonly occurs in women in their mid-40s and signifies the ovaries winding down.

Lasting anywhere between one to ten years, women going through perimenopause often experience the same or even more intense symptoms of menopause.

Irregular periods, hot flushes and exhaustion are as common among perimenopausal women as they are during menopause, as are mood swings, anxiety and depression.

But unlike menopause, perimenopausal women often manage their condition independently and in private.

Medical research into health problems and complications linked to perimenopause is also surprisingly scant, something Foundation Founder, Craig Gaunt, became painfully aware of after losing his wife Debbie to suicide in 2019.

A wife, mother, friend and colleague, Debbie became severely mentally unwell shortly before her death, an episode that has since been partially attributed to the hormonal effects of perimenopause.

Vowing to honour Debbie’s memory to help other women and their families experiencing perimenopause, through the Debbie Gaunt Foundation, the Gaunt family now works tirelessly to raise awareness and understanding of perimenopause as well as funds for Australian led studies and projects that explore the mental health impacts of the condition.

Improving general awareness of perimenopause is also high atop the Foundation’s to do list.

“Debbie’s perimenopause was very retrospective for my family.

“We had never even heard of it before and sadly that’s the case for most people, even women, so they just suffer throughout it all.

“That’s why we made a promise to do something about it,” Craig said.

The Foundation’s first major project has been to fund the development of a women’s midlife mental health module for doctors to be delivered by Melbourne’s Monash Alfred Research Centre, the only specialised clinic in the country dedicated to helping women experiencing perimenopause.

According to Craig, the Foundation’s long term goal is to help fund the opening of more specialist clinics like Monash Alfred around the country, including one here on the Coast.