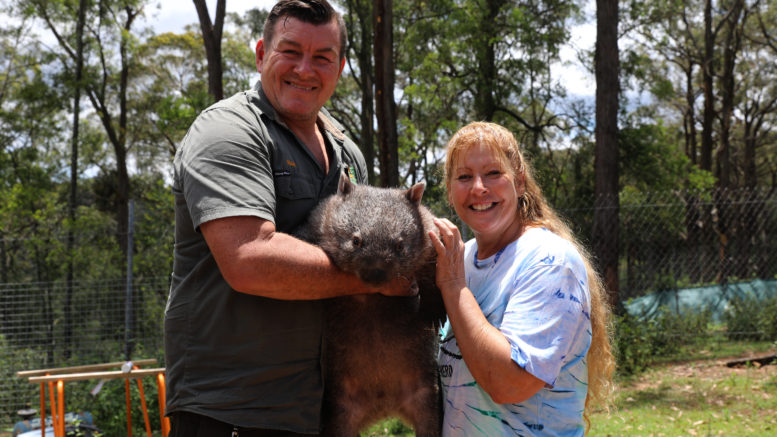 Keepers say their farewells to Hope the wombat

It was a bittersweet day for staff at the Australian Reptile Park when Hope the wombat left the park to live in the wild at Cedar Creek Wombat Rescue on January 21.

Hope brought joy to millions all over the world at a time when they needed it the most.

The tiny wombat arrived at the Australian Reptile Park just as the pandemic began to reach its peak in Australia, meaning the Central Coast wildlife sanctuary needed to close.

In a global naming competition, the winning name was clear after countless entries of the same suggestion, Hope.

The tiny marsupial quickly became a viral superstar, with a video featuring her and Elsa the koala becoming “lockdown buddies” during isolation.

The pair spent every day together.

Hope is now living in a large enclosure and will eventually be let out into the wild in a safe, fenced habitat.

“She definitely was a beacon of hope for us during a time where we all needed it, but we know it’s the best decision to return her to the wild and live out her days as a happy wombat,” he said.

“Thanks to Hope and her rise to fame, she was a huge help to Australian wildlife.

“It is so important for Australians and international audiences to see just how glorious our native wildlife is – we are faced with the fastest mammal extinction rate in the world and Australian wildlife needs this kind of exposure to help people fall in love wildlife so they can join us by helping protect it.

When Hope was still in the pouch, her mum was hit and killed by a car.

A passer-by discovered Hope and delivered her to the Park, where Faulkner became her new “fill-in” family, providing her with the milk she needed and the cuddles she craved.