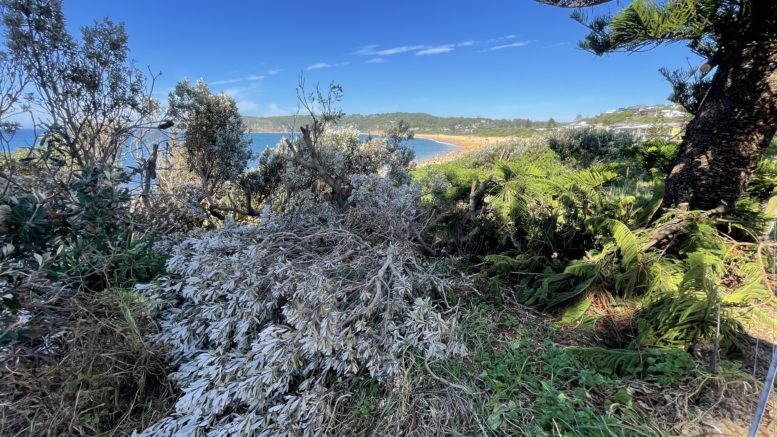 Central Coast Council is investigating the vandalising of a number of trees at Copacabana.

Community activist Joy Cooper raised the alarm when she noted the damaged trees on the Copacabana Beach sand dunes, near the intersection of Del Rio Dr and Del Monte Pl.

“A number of large branches of a Norfolk Island Pine have been broken off and a number of banksias have been lopped with the branches left in the bush,” Cooper said.

“Some of the banksias have been chain-sawed with the diameter of the branches being 30cm or more.

“It appears the perpetrators may have undertaken this environmental vandalism for the benefit of views.”

Cooper said she had written to Council asking for a large banner be erected seeking any information which may assist the prosecution of those responsible.

“A strong message needs to be given to these environmental vandals,” she said.

“Also, I asked that the banner, or sign, be kept in place until the vegetation returns to the condition it was in before the damage occurred.”

A spokesperson for Central Coast Council said the incident was being investigated by Council’s compliance section, with the outcome to be advised.

Government should pay for council failure

Buck-passing over Gosford public wharf is a disgrace