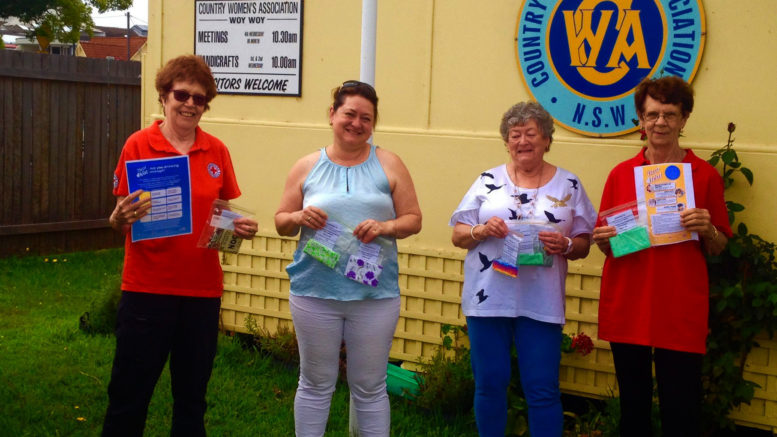 Following a huge donation of neckties and fire-rated socks to the Central Coast RFS, CWA Woy Woy  has helped yet another community organisation by donating additional cooling neckties on December 2.

CWA Woy Woy had already distributed most of their neckties to RFS volunteers but decided to donate more cooling neckties to the Australian Red Cross volunteers.

“After heatwave conditions of the (previous) few days it was a pleasure to meet with two ladies from Red Cross and hand over 68 cooling neckties for them to distribute to vulnerable residents in our community,” Bowtell said.

She said Martinus had been expecting to receive 10-30 neckties, so was pleasantly surprised when they received 68.

The donation handover fell within the same week as International Volunteer Day, where communities pay tribute to volunteers who dedicate their time, compassion, and support to others in need.