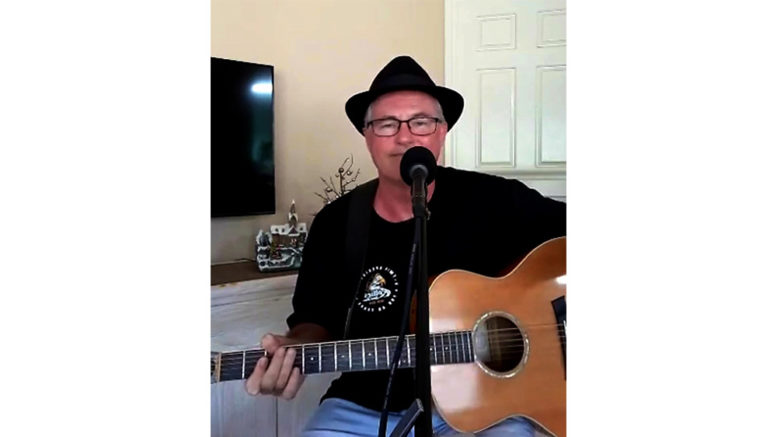 Musician Alex Smith who goes by One Plus Music

Central Coast musicians have been involved in a 19-day straight online music festival, the longest event of its kind.

While not yet officially recognised by the Guinness World Records, the online music festival, titled Cogig-19, broke the record of most musical acts to perform at a remote music festival three times over.

Running from December 13 to New Year’s Eve in the USA, meaning it was technically 20 days, the festival consisted of 272 one-hour performances from 350 performers, from 20 countries.

The continuous music festival was created by Mike Manley who lives in Brisbane and is accessible through the Facebook page Giving Gigs.

Alex Smith is a Terrigal musician who goes by the name One Plus Music said he heard about the event through word of mouth from other musicians.

“Cogig-19 was designed to be a way for independent musicians to stand up, sing out, get rid of 2020, and sing into the new year,” Smith said.

“It is pretty much a way for us musos to say we are still here, but we are expressing our voices in a new way.

“I had a session on there and really enjoyed it.

“It was streamed, and you had an hour spot, and you would be visible from all over the world.

“It was an awesome experience and has led to connections being made not just in Australia, but all over the world.

“It’s hard to imagine what musical collaborations will come out of this awesome event.

“This whole COVID has had a massive impact on us musicians, and it has certainly caused a lot of us to lose a lot of work and opportunities to perform.”

Cogig-19 founder, Mike Manley, is a songwriter and has supported indie artists for the past five years.

He said he shouted out for people to join the initiative back in July, receiving over 3500 messages from people interested.

“I asked everyone and anyone,” Manley said.

“People started signing on, so I started releasing updates on the artists and what countries they came from.

Manley said the number of people who joined the Giving Gigs Facebook page has risen to around 4500.

“Everyone has taken it on board and loved the concept and being part of it,” Manley said.

“It is not just about the fans, but the artists have got a lot of it as well because they have made many connections with others from around the world.

“Everyone is pretty down and out at the moment, so it was one way to lift spirits and keep the live music going.”

Cogig-21 has already kicked off for this year consisting of a range of online music events.

Chelsea brings country to the Coast

The Magic of Music at Avoca theatre